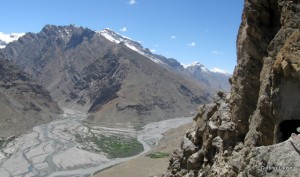 Our plan to complete the circuit from Shimla to Manali via Kinnaur and Lahaul Spiti was entirely dependent on Mother Nature. Incessant rain at the onset had suggested snow in the upper reaches of Himachal. It also suggested closure of Kunzum La, the pass that would deliver us into Lahaul. We decided to take our chances, nonetheless, and plunged ahead to Kaza from Tabo, instead of backtracking.

Along the way, we made the acquaintance of a thousand year old Buddhist monastery, the 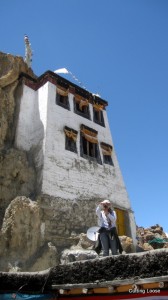 Dhankar Gompa, perched at a height of 12,774 feet. One of the major attractions of the monastery is the statue of Vairochana (Dhayan Buddha), consisting of 4 figures seated back to back. It also houses a collection of crumbling old thankas. 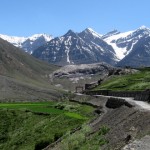 The spectacular view of the confluence of the Spiti and Pin rivers from this lofty point, however, was what indelibly etched itself on my mind. The refreshing aqua of the Pin waters even inviting a quick detour to its beautiful valley.

Conditioned to a sparse and rugged terrain by now, Kaza, the administrative hub of Spiti, came as a bit of a surprise. It displayed all the signs of apathy that follow commercial success; its natural splendor overwhelmed. Haphazard construction, an influx of dubious businesses, inflated tariffs and rude outsiders!

The food was disappointing to say the least; relief came our way in the guise of a delicious 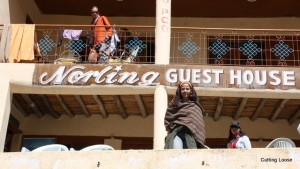 mutton thukpa at Kibber. At 14,200 feet, it sits atop a summit of limestone rock and was once said to be the highest inhabited village. 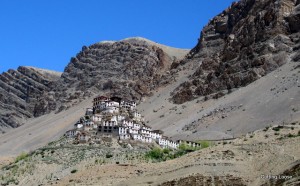 Located slightly lower, not too far from here, is the dominating edifice of the Ki monastery, Spiti’s largest and oldest. Both places make for a worthy day-excursion from Kaza.

On our return, the travelers’ grapevine was abuzz with news of the Kunzum Pass being thrown open for light vehicles. A little later we heard the unanticipated avalanche at Batal (thirty stranded schoolchildren were airlifted just a few days prior to our visit) had also been cut through. Heartened at this, we prepared to embark early the following day for our ambitious 12-hour journey to Manali. 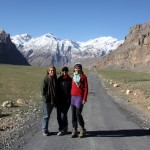 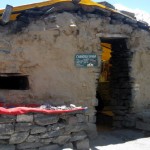 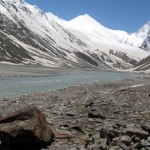 The drive, all 200 kilometres of it, although bone-tiring and treacherous, was astounding; lending itself to countless photo opportunities.Losar, where we stopped for breakfast is the last checkpoint before Kunzum, a snowy landscape at 15000 feet; its eerie isolation marked by prayer flags and stupas. After a quick chai stop at a makeshift dhaba in Batal on the banks of the Chandra River, we broke for lunch at Chhattru. 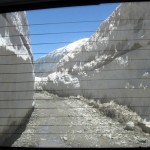 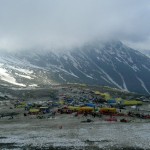 Then began our final lap, the ascent to the Rohtang Pass at 13000 feet. Soon after, alpine green replaced rocky brown. And, wait for it, hundreds of tourists, as many vehicles and blaring music replaced heavenly solitude. Our holiday was definitely over!

Note: This can also be read at The Tribune.