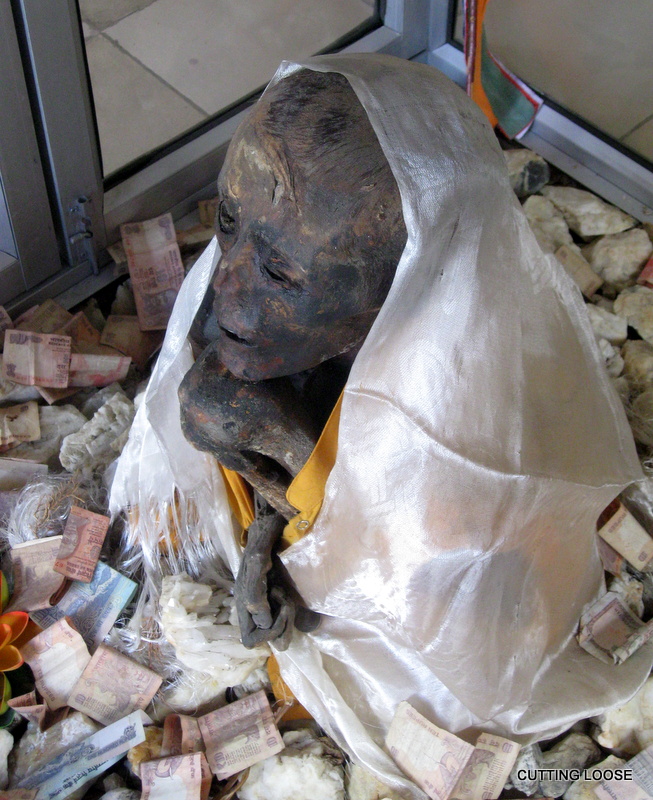 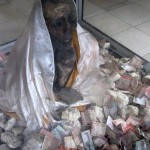 Gue is an unremarkable, nondescript village perched high in the stunning lunarscape that is Spiti. Roughly halfway between Tabo and Sumdo, a treacherous little road turns off the highway contouring along a nallah on one side, and an impossible mountain that periodically slides itself down to sit in your path, on the other. Yet, this road must be taken, in order to experience the ‘miracle’ that Gue hosts: A 500-year old (un-balmed) mummy, near perfect in its preservation, with teeth, nails, hair, tendons, still in place. 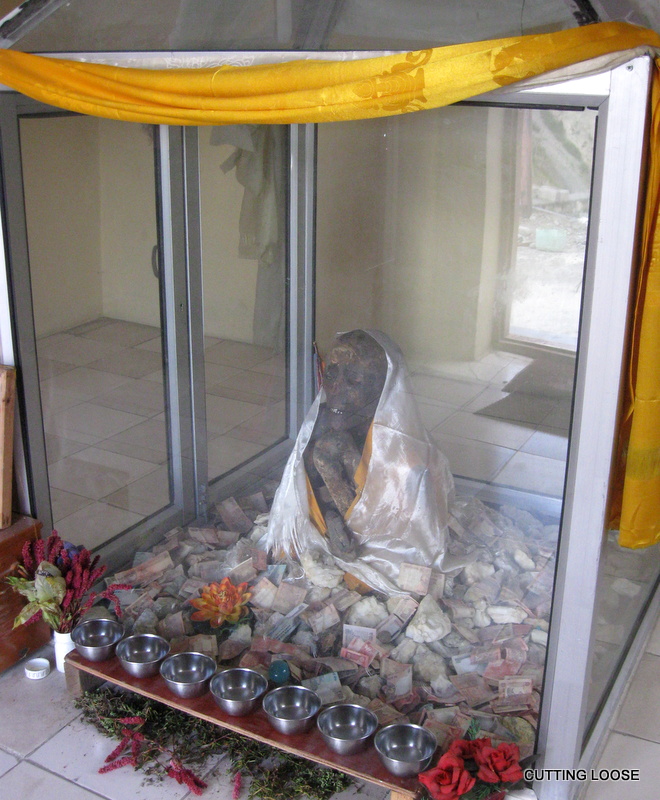 Said to be that of a monk (some ascribe him the name Sangha Tenzin, but your guess would be as good as mine), it is enclosed in glass within a small single-room structure a kilometre beyond and above the main village. Seated hunched over a raised knee, his hand is frozen in typical rosary-telling manner, a lock or two of matted hair on his head, and lips pulled back in a pearly-white-teeth-revealing grimace. Despite unshakeable local belief, the hair is not continuing to grow, nor the nails. Discovered per chance during a road clearing exercise in 1975, the Gue Mummy (as it is now referred to) continues to mystify. Largely, due to a near-complete arrest of the decaying process, that too, without raising nary a stink. 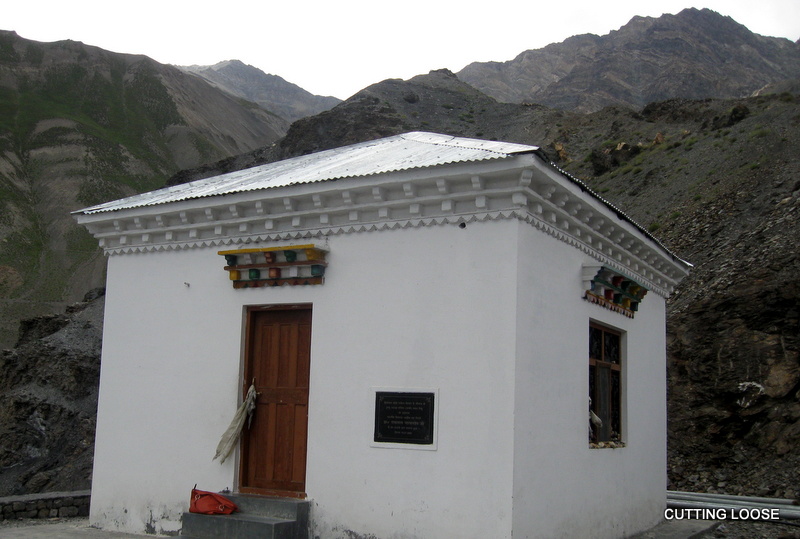 Few visitors to Spiti venture here, and that’s the way some of us would have it. Yet, at the time of my visit a couple of months ago, furious construction activity was putting the finishing touches to a large monastery coming up alongside. Given the Indian propensity to deify all things unexplained and antediluvian, the miracle will clearly lie in keeping the droves away from this extremely temperamental region. In the meanwhile, one takes comfort in the knowledge that Gue remains snowed under for a better part of the year.

NOTE: A stab at the internet revealed that other high altitude cold deserts around the world have coughed up similar finds. Notably, the mummified remains of three children at the mouth of the Llullaillaco Volcano in Argentina, in the year 1999. Said to have been plied with opiates and alcohol before being offered up as a ritual sacrifice to gods, they go back 600 years to the days of the Inca Empire, and are perfectly preserved; clothes and plaited hair included.