Got my first taste of the ‘doma-pani’ on my last day in Bhutan. It was gingerly proffered with a disclaimer to watch out for the slow-release effects of the soft areca nut and betel leaf smeared with lime. Pfffft. My immediate reaction. Every wholesome Indian meal I have consumed in my adult life has been followed by a variety of paans: sweet, spiked and otherwise. How different can it be?

Watchful gazes, widening eyes and polite queries directed at my masticating person had me alarmed for a bit. Yet, I continued to chew thoughtfully (awaiting the expected lightheaded-ness) and my lips continued to redden: unbeknownst to me, the reason for added watchfulness in the gaze, excessive widening of the eyes and more direct questioning, “How many of me can you see?” Just the one, my boy, just the one.

Many minutes later, still nothing. I felt cheated of an experience, dammit. There I stood unexpectedly steadfast, in complete sobriety, and as smug as reddened lips with similarly-tinged spit trails on the chin would allow. 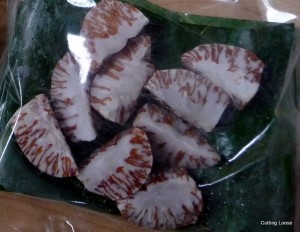 A fake if ever there was one, I accused my new-found friends. You’re built like a horse, they retorted. Er…what’s your point again? Takes longer to hit the spots… So on and so forth. My favourite: you’d make the perfect Bhutanese wife. Yeah, right. (They had evidently not heard of us Patialvi women).

Legend has it that early settlers of the Moen Yul were cannibals. They were tamed by Guru Rinpoche, a spiritual leader, by introducing them to a substitute combination. Rushing (bark of a creeper plant) for raw flesh, Areca Nut for the bones, Betel Leaf for the skin and Lime for the brain. The red color that emerged from chewing this combination was to be the blood that these people used to drink.