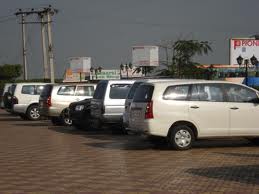 A road trip to Delhi recently revealed an entirely new Grand Trunk Road: one that appeared to have gotten itself quite a face-lift. Its flanks now wear some very fancy brands; the ubiquitous golden arches of McDonalds stare you down from quite some distance. While I’m all for four lanes, clean restrooms, sanitised food areas and the like, I do feel a regrettable twinge whizzing past the spots where earlier stood ancient culture. The homely dhaba. Its trademark charpoys and wooden planks passing for tables.

Once boasting the highest number of dhabas, the GT Road is fast yielding place to new. In 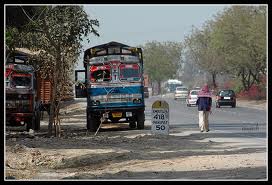 existence since its inception as the Sher Shah Suri Marg, these wayside serais offered weary travellers a simple yet wholesome meal even in days of yore. Don’t believe me? Read Megasthenes, Hieun Tsang, Al Baruni and ilk. In fact, some recipes have remained unchanged since; the Shahi Khichri being one. Dating back to the time of Emperor Shah Jahan it boasts over a hundred ingredients. 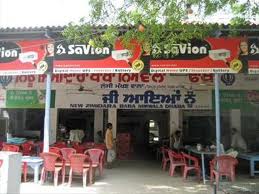 Long the domain of truckers, who nurtured this culture, dhabas have now begun to attract regular customers from townships in the vicinity. In its present avatar, the dhaba caters to all tastes but is still most popular for its mah ki dal, a staple of Haryana and the Punjabi saag with lassi. These are usually accompanied by hot tandoori rotis that magically reappear on your table the instant you finish the one in your plate. Tadka daal, kadhi and paranthas, rounded off by kheer or phirni, are the other all-time favourites.

Murthal, near Sonepat has the largest cluster of dhabas, each one claiming a speciality as 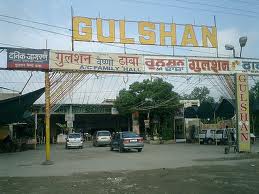 its own. Traditionally serving vegetarian fare, a few of these stalls have begun to offer non-vegetarian dishes. Even though that meant going against the recommendations of a holy man, who, story goes, predicted great prosperity as long as animal protein was kept off the menu. Old-timers believe the demolitions carried out a couple of years ago were a direct fall-out of this addition. But then, how do you explain the truly “divine” flavours of the curries in question?! 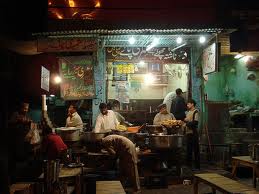 Anyways, they continue to attract droves of customers around the clock with bright lights and blaring music; their choc-a-bloc parking lots ample proof of their popularity. Sadly, more and more of these customers are veering towards chowmein, pizzas and colas, placing traditional fare on the back-burner. Literally.

The one heartening thought being that as long as 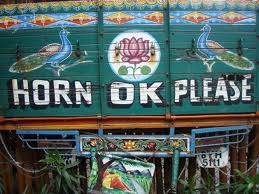 there are truckers, there will be dhabas. So, the next time you wish to relish dhaba fare, look out for the one with the highest number of trucks in its lot. You can rest assured that the food will be delicious, the service quick and the cost negligible.