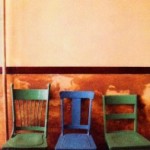 Rajeev Nanda, author of Conversations, has been working in the hi-tech industry since 1985. He started his career as a software engineer in India and has worked across many roles and organizations both in India and US. After spending more than 10 years in the US he relocated to Bangalore to help Intel setup their IT group in India. His literary debut is a compilation of discussions between ordinary individuals about risks taken andprices paid. Each story follows a theme relevant to anyone who has experienced long life or death, dreams or futility, love or broken relationships.

Writing has been Nanda’s hobby since a young age. He started out by writing short-stories and humorous articles for his school magazine. During college he picked controversial subjects, such as atheism, for the college magazine. After moving to the US he focused his writing on subjects of technology and strategy (even going on to publish a book on e-strategy titled e-verything.com: how to map out a viable e-strategy) while keeping his fiction writing a private activity.

So, what prompted a mind with a seriously scientific temper to not just introspect hard about life’s simplicity, its complexities and resultant paradoxes? But also collate his musings in prose and poetry form? The author attributes this to two near-brushes with death during his college days in volatile Punjab, where he saw death up close and personal. The first incident involved a road accident wherein the bus he had taken to college was hit by another on a bridge. While his bus remained suspended mid air, the other one plunged into a dry river bed, killing all passengers except for a three-month old baby. The second incident was not so accidental in nature. A bus he disembarked and walked away from, this one time, exploded. It had been blown to smithereens by a terrorist-planted bomb. Nanda shares in his introduction, that in fact, it was these incidents along with writers and thinkers of the likes of Aristotle, Ayn Rand, Amrita Pritam, Nietzsche and Victor Hugo that got him ruminating over life and what people do with their time on the planet.

Conversations is a result of years of observing people and mulling over dilemmas and challenges faced in life. While the stories are fictional in nature, the idea germinated from real-life incidents and interactions with people known to the author. The characters reveal a modern global mindset and are easy to relate to; the locations are of a universal nature. Every story and poem provokes deep thought, forcing the reader to dwell on the finer nuances of human life. The author’s fresh approach exhibits a remarkable command of language and style. In the story titled Conversation, for instance, Nanda uses the instant messaging style, his characters remaining sans identities throughout the narrative. In this story, he uses the metaphor of God and religion in a setting replete with writers, publishers and book stores; attempting to write on this contentious subject without having to develop a character. It is possible he wants to divest readers of the influence of their own deep-seated prejudices and thoughts.

At first glance, Conversations appears to be a heartfelt chronicle of a man talking to himself. In The Change the author questions why we rant about the pain and suffering in life; when in effect it might be us and not life that changes. Soldier asks those all-important questions plaguing the world today: Do we really need war in this day and age? Are nations actually going to war to protect their geo-political boundaries? Would leaders declare wars were they forced out of their comfort zones and onto the front? More importantly, is it the people’s choice? The Rabbit Hole deals with the topic of extra-marital affairs and the spouses’ levels of tolerance and acceptance of the situation. In The Truth Club, the author suggests that speaking the truth and facing the truth about oneself are perhaps the most difficult thing to do. Yet, page after page, in each story, as in every poem, readers are faced with the same questions they struggle with every moment of their lives, encouraging introspection. This collection of soul-searching stories may not serve up all the answers sought but is bound to provide readers with a fresh perspective.

NOTE: This review can also be read at The Tribune.