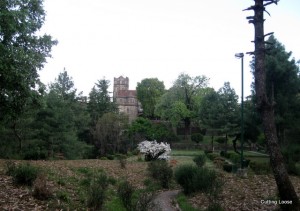 As I mentioned in an earlier post, a brisk walk around the sprawling IIAS grounds was the only physical activity I permitted myself during my stay there.

It was not merely another chance to take in the rambling Scottish Baronial edifice and its beautifully landscaped multi-tier terraces. The consequent muscle-ache helped me return firmly to the present after being lost in the 1800s for many an hour. 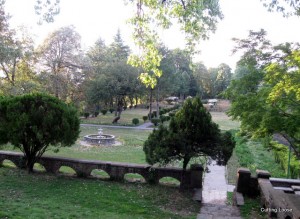 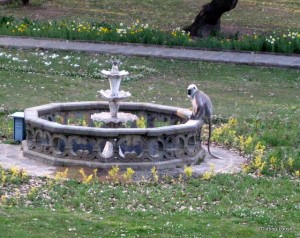 Soon as the daily throng of visitors left, a spell of calm and quiet would descend on the 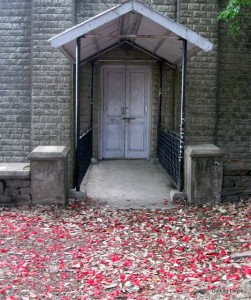 entire estate; a scholar here and a sentinel there, the only break in the stillness.

Other than the sound of my footsteps on gravel paths and stone steps leading, first, to the heritage indoor tennis court (one of three of its kind still surviving in the world, reportedly) located deep to the northwest of the Viceregal Lodge.

Then, retracing to the circular garden to the southwest before circling the front lawn and trudging down towards the All Saints Chapel nestled between the main entrance and Observatory House, my temporary abode. 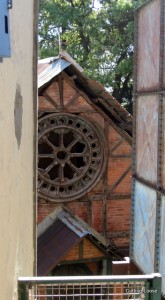 This delightful little chapel found many a mention in the records and books I thumbed through, but intriguingly remained hidden from view. Till I chanced upon the abandoned structure, fallen into disrepair, as I wandered around the premises waiting for breakfast to be called early one morning. I returned the following day, armed with my camera, to capture its fading glory before departmental apathy took the expected toll. 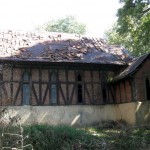 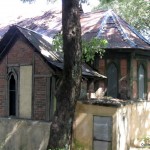 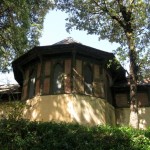 But the highlight of my daily constitutional would have to be the sky, aglow with the fiery colours that the setting sun leaves in its wake.

Missing (yet again) my camera the first time round, I took a shot or two with my phone 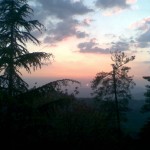 promising to come back another day.Except that day was overcast with fat angry clouds determined to thwart my plans; I clicked away anyhow.I finally experienced the perfect sunset the evening before I checked out. Evidently, it was well worth the proverbial wait. 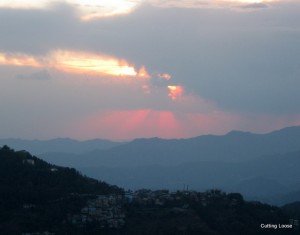 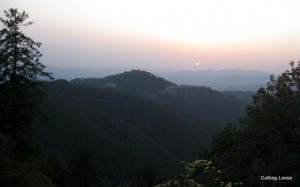