The Urs at Rauza Sharif, Sirhind

The last day of last year found me at the dargah of Sheikh Ahmad Farooqi Sirhindi, a  Sufi mystic of the Naqshabandi order. An inexplicable, hard to ignore desire to experience first hand the sights, sounds, and flavours of an Urs (death anniversary) had played impetus. 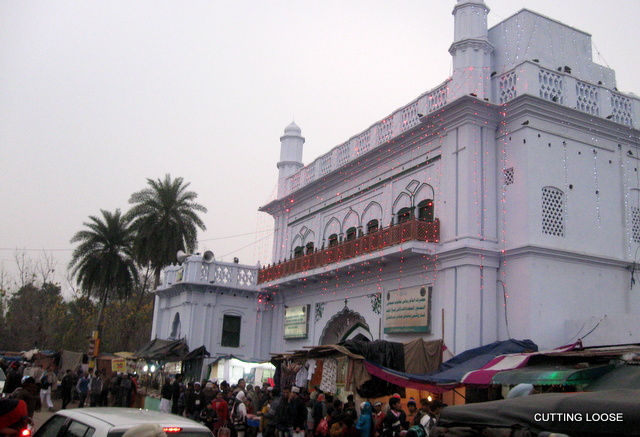 Held annually, it attracts Sunni followers (who look upon his dargah as the second Mecca) in their hundreds from world over, and is a buzzing three-day celebration. Celebration, because the passing of a Sufi saint, in Islamic thought, is looked upon as the long-awaited, longed-for union of a lover with his beloved; God, in this instance. Indeed the Arabic translation of the word Urs is ‘wedding’. 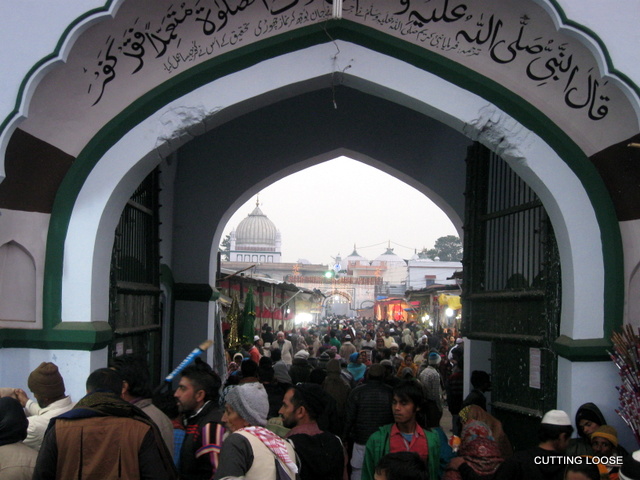 Gloomy chill due day-long drizzle was no deterrent for worshippers, nor the curious. 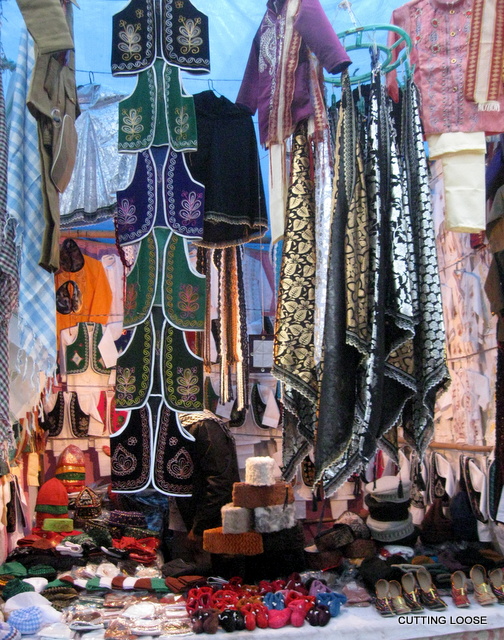 For the sartorially adventurous. 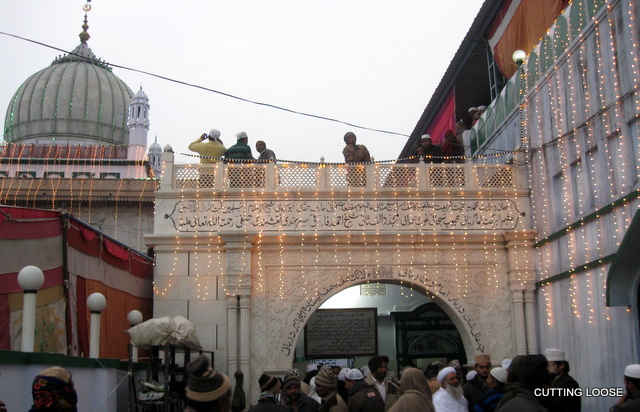 Access to the inner courtyard and main tomb beyond is through that arch. Many moments of despair when politely informed women were not permitted during the Urs preceded a Eureka moment that comes with discovering the power of a sudden sulk. The management relented; just enough to usher me in for a brief glimpse before the prayers were to begin. That, I respected. 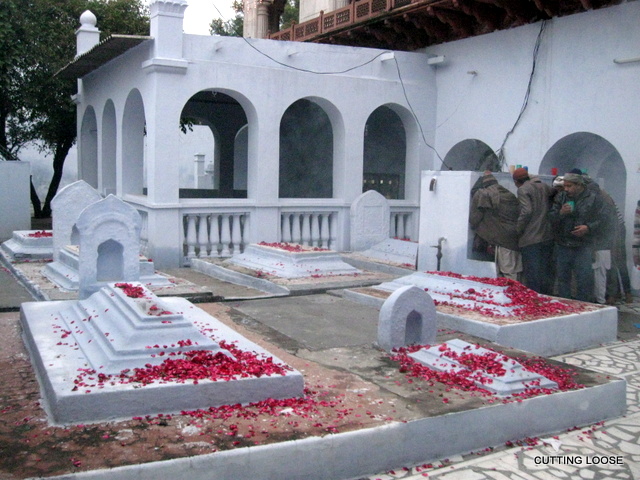 The courtyard is lined by a number of simple tombs of the absolute devoted; many who believed it a privilege to be buried in close proximity to the Sufi himself. Two of these reportedly house Afghan ruler Zaman Shah Durrani (1793-1800) and his wife. 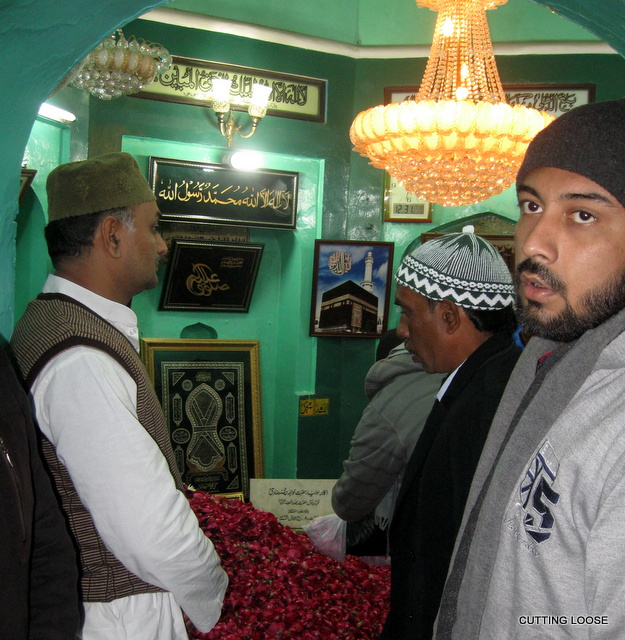 This far, no further. A zoomed in image of Sheikh Sirhind’s sepulchre. 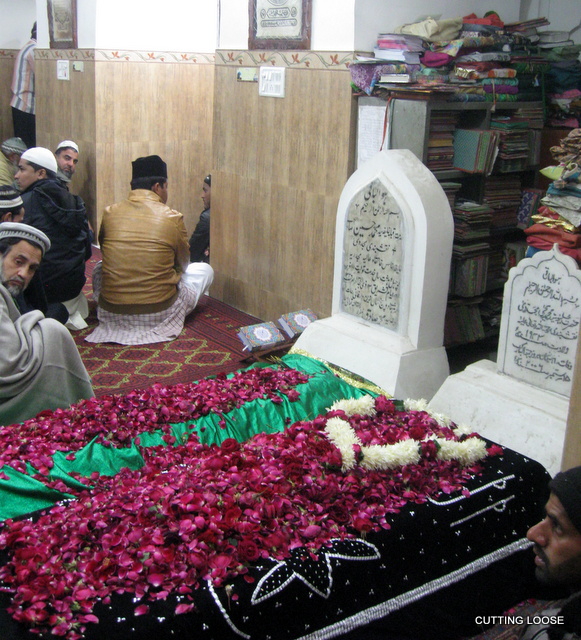 Members of the family that has served as custodian of the mausoleum for thirteen generations, including current Khalifa, over nearly three centuries are buried in an adjoining corridor. 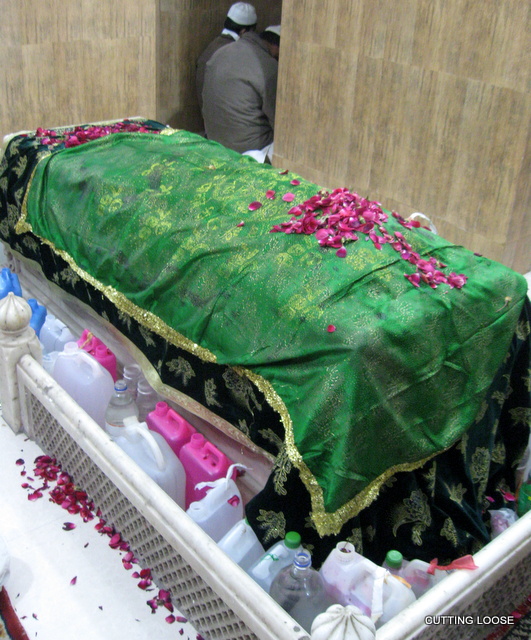 Following his abdication in 1879, Shah Yakub Khan of Afghanistan lived in Dehradun under British decree till his death in 1927. Following which, he too, was interred at the Rauza Sharif (grave above). 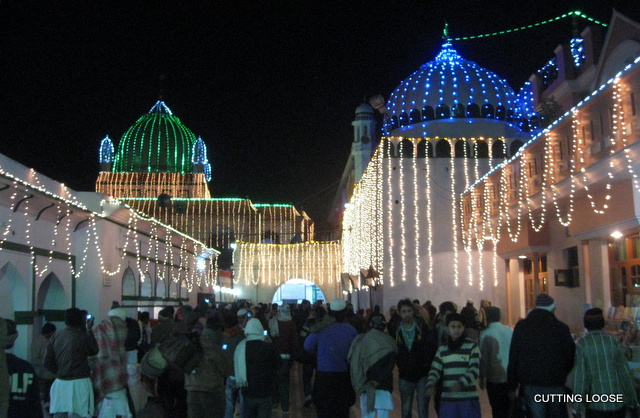 This pretty sight somewhat made up for an unceremonious expulsion from the sanctum sanctorum. The place had an amazing buzz and feel to it as I hung around for a bit and people-watched. The melange of accents – Punjabi, Hindi, Urdu, Pashto – holding their own alongside resounding namaaz. 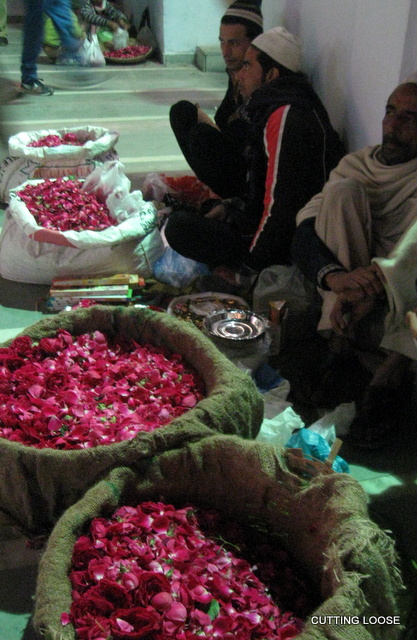 And soon, olfaction kicked in. Starting with the overwhelming sweet of rose petals… 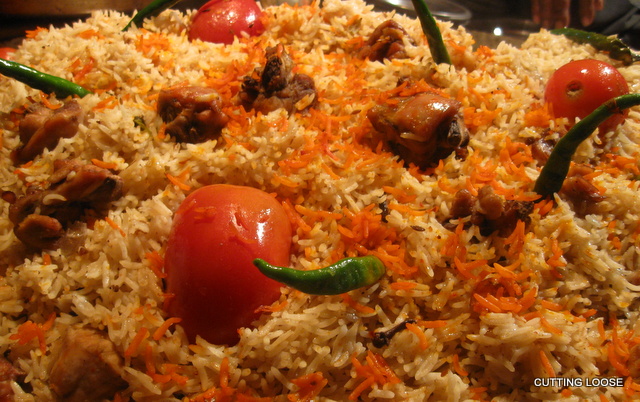 …to the explosion that is a steaming biryani.

Traditional Mughlai sweet, sohan halwa, makes its ghee-rich appearance on many a stall. 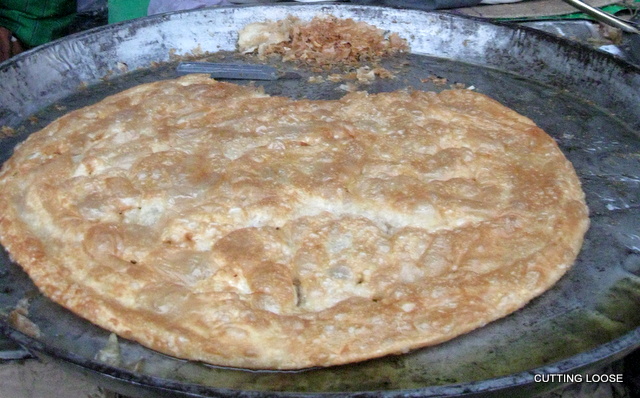 As does this curiosity posing as a halwa parantha. Will have to go back for this one, if ever. 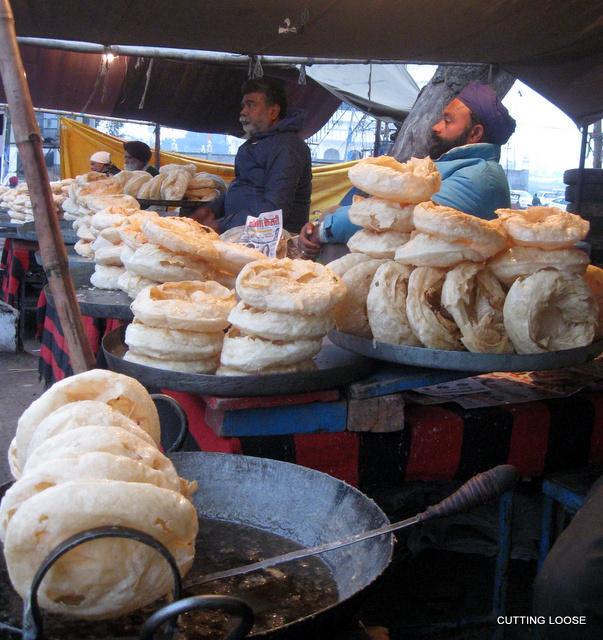 Called khajla locally, this is a version of the Rajasthani ghewar it seems, and has wandered here all the way from Uttar Pradesh; so the vendor informed me.

Informatively, the dates of the Urs are not fixed, losing ten days each year, so do confirm ahead for definites before making plans. Also, in step with conventional Islam, music is discouraged; ergo, no qawali rendition. And as mentioned earlier, women stay away only during the Urs.