The House That Theo Built

A desire to consult the wealthy library (out-of-bounds to lesser academic mortals) at the Indian Institute of Advanced Study – for my forthcoming book on the Hindustan-Tibet Road – had me requesting access and accommodation on the premises through a friend. Suffice it to say, the kind soul made it happen. Thus, I made the acquaintance of the house that Theo built.

Literally a hop, skip and jump away, to the east of the iconic IIAS building, a gleaming

white two-storey structure, its roof painted a soothing green, made me momentarily hold my breath as I took in its unexpected loveliness. Alighting in the porch, I was struck by the lush pine surround and the view of the snowy Western Himalayas in the distance. The scene only got better as I trudged to my room on the upper level along a well-worn staircase of burnished wood, its sheen dulled by age and use.

A broad, window-lined corridor separated my room from a large terrace on one side; looked down at sprawling lawns lined by flowerbeds awash in nature’s hues, on the other. I couldn’t have asked for more. Except how does one concentrate on the work at hand in such distracting environs? 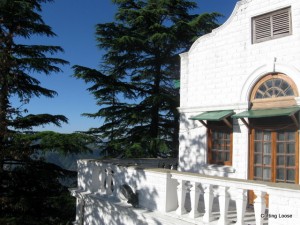 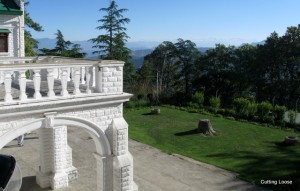 The original house was built in the year 1844 by Captain John Theophilus Boileau, one of 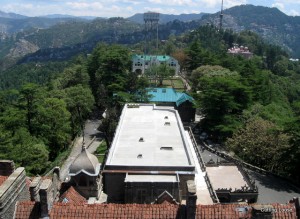 the two (reportedly, largely) eccentric brothers after whom the Boileaugunge area near Summer Hill is named. As a Fellow of the Royal Astronomical Society, he was charged with setting up an observatory in Shimla, from which the house derives its name. Nothing remains of it now, with records and instruments having been removed to Agra, and subsequently lost in the Mutiny.Theo is also credited with building Shimla’s most enduring image thus far, the Christ Church. 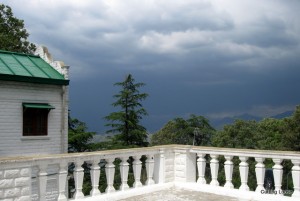 A typical day at Observatory House would begin with a hot cuppa on the terrace while keeping a keen eye on simian activity, of which there was plenty around me, even as my gaze greedily returned to the magnificent sight of an oblique sun teasing inscrutable mountain faces.

Post breakfast, I would take up position in the library, foraging and ferreting, reading and writing, oftentimes, finding myself lost in history. A brief lunch was followed by some more gopher-like activity before wrapping up in the late evening; catching the sun going down in a blaze of colour while on a much-required day-end constitutional. 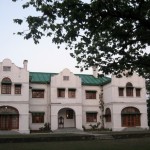 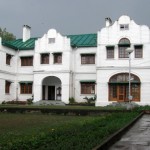