The Devtas Of Himachal 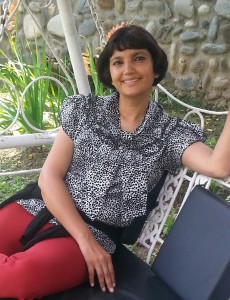 Other books by Minakshi: Whispering Deodars: Writings from Shimla Hills; Destination Himachal: 132 Offbeat and 12 Popular Getaways; Himachal: A Guide to the Land of Gods; 65 Treks and Over 100 Destinations: A Guide to Trekking in Himachal; Exploring Pangi Himalaya: A World Beyond Civilisation, 30 Easy Treks in Himachal; Sunshine: My Encounter with Cancer, and Love Stories of Shimla Hills.

Himachal is full of mystique and wonder. Rightly known as dev-bhumi, the land of gods and goddesses, every village has its own 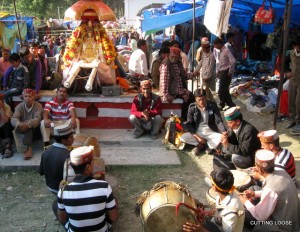 presiding deity (devta). These devtas are as alive as you and me. They sleep, wake up, eat, dance and enjoy the beauty of nature like everyone else. They have families, relatives and near ones. They get angry, they sulk and are wooed back into good humour; often devotees also get annoyed with them and express their displeasure openly. Some of these devtas do not want to travel while others are constantly on the move. These travelling gods and goddesses not only visit the homes of their people but also undertake long journeys to faraway places to meet their friends and relatives. When they move, they move in caravans with their mediums, musicians and followers. Their day to day affairs are managed by local committees comprising a kardar (manager), kayath (cashier), pujari (priest), goor (medium / oracle), bhandari (storekeeper) and bajantris (band of musicians). 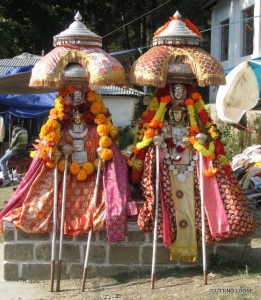 Devtas play an important role in the daily life of the people in the areas that they ‘preside’ over. They are ‘every day gods’ different from the refined gods that are worshipped in cities and towns. These gods speak through a chosen medium and respond to all kinds of queries by devotees. The devta variously acts as judge, psychiatrist, healer and environmentalist. They are friend, philosopher and guide to the villagers.  Devtas also guard their environs jealously and forbid felling of trees from their forests known as dev-ban (sacred grove), polluting lakes and water sources. The multi-crore Himalayan Ski Village Project was stalled by the devtas as they disapproved the investment. They gathered at Jagti-Pat (Kullu), discussed the project and announced their verdict: we do not want this project.

In Manali when winters set in, people of nine villages discontinue the usage of all modern 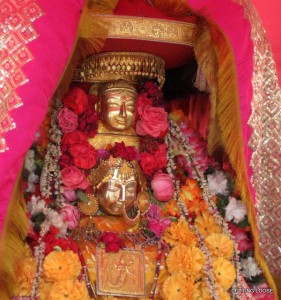 gadgets like radios, TVs and cassette players because that’s when the devtas leave for heaven and these noises disturb them. When they return, they narrate Bhartha (story of how they came and settled at their temple) and Barshoa (annual prediction). Every devta dispenses justice, but there are some who are special judges, kind of like a Supreme Court. Kasmi Narayan is one such devta, people go to him to resolve their disputes and his judgement is absolute and final.

They are playful gods and travel with a colourful retinue to attend fairs and festivals. Kullu Dussehra is one of the brightest and most brilliant expressions of this wonderful culture. More than two hundred and fifty gods converge at Kullu for a week long festivity and to pay homage to Lord Raghunath, the presiding deity of erstwhile Kullu state. They also bind their community together. It is mandatory for one adult male member from each family to be available for the affairs of the deity whenever required. Non-observance of traditional and customary duties attracts fines. The institution of devtashas always had a strong and positive influence, and though change is inevitable, people have managed to keep core values and traditions intact even in the twenty-first century.