In the bargain one is guilty of forgetting that Kullu is home to the 17th century Raghunath Temple honouring the vale’s chief deity, and hosts the iconic Dussehra unfailingly each year. Another draw includes the Bijli Mahadev Temple perched high on a ridge above the town with fabulous views of the Kullu and Parvati vales. Recently, it has added another more youthful one – The Book Cafe. Sitting pretty in Dhalpur, within a gaily painted pre-fab structure, this cheery little place is more than a good cause to weave through the busy bazaars of Kullu. 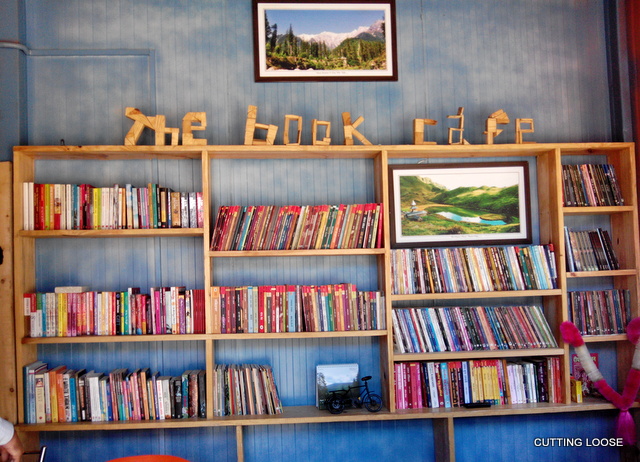 Joined at the hip with a freshly refurbished building, the cafe is fronted by a large ground which has long been used as a resting place for deities during Dussehra festivities. The bookshelves are stacked with an eclectic mix of reading material in both Hindi and English and visitors are welcome to browse through, read even, while preparation of their favourite beverage or bite of choice is underway. 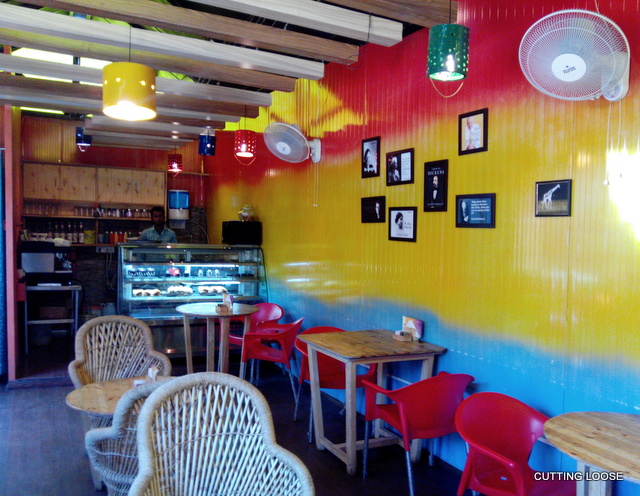 That it serves a mean cup of freshly brewed coffee is something I will gladly vouch for as another flavourful reason to stop by. A limited choice menu yet lists all those tidbits that non-readers will also eagerly espouse – cookies and cakes, sandwiches and burgers, rolls and pizzas – all under a princely Rs 100. One corner is taken up by a chessboard constantly poised for mind-games while a guitar resting at the reception counter begs for some note-worthy attention. 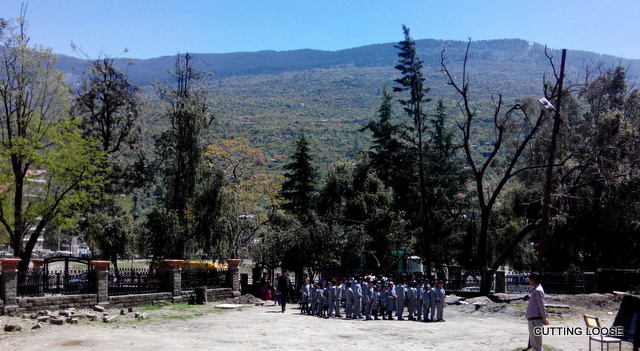 At some point, I spotted a gaggle of school kids queueing up in the space outside the cafe. Curious at their presence – for obviously they were way too young to be around addictive industrial strength beverages – I stepped out to watch where they were headed. And found them making a beeline for the adjacent structure with a freshly minted roof I had clearly ignored while being led by the olfactory to the cafe. 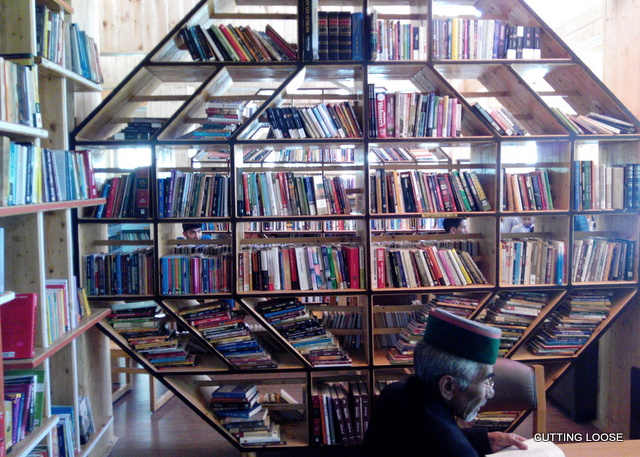 It revealed itself as an uncharacteristically inviting District Library. I say uncharacteristic as that’s not usually how anything sarkari (a byword for all things desultory, in my dictionary) presents itself. Instead, here was a bright airy space exuding refreshing cedar in both look and aroma, teeming with all manner of booklover. A mezzanine floor was filled out entirely by serious note-takers, researchers, and college students. None in the least bit perturbed by a noisy intruder attempting to document scenes rarely seen. 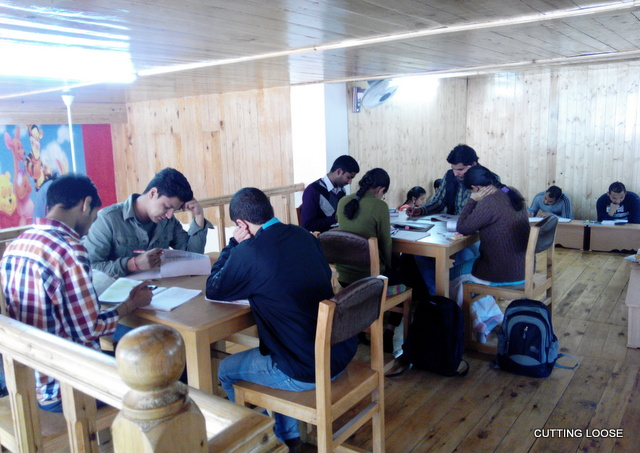 This section overlooked a kiddies pen where the school goers were now comfortably ensconced; some poring over story-books and graphic-novels, others awaiting their turn. It was the most delightful sight ever! As minders reached into the shelves for more, I overheard a well-meaning voice suggest, “Let them pick and choose, get a feel of books. That’s what will turn them into readers.” Well said. 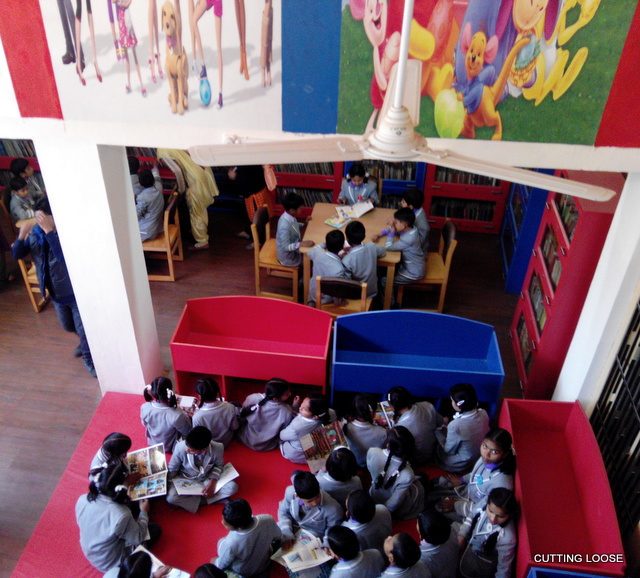