The intriguing Spiti Valley has no parallel. Headquartered at Kaza, it combines with Lahaul sub-division from across the 4590 m high Kunzum La to form Himachal Pradesh’s eastern-most district bordering China. Towering mountain peaks, deep gorges, broad valleys, torrential rivers, high velocity winds and a drastic reduction in the colour green welcome you to a remote land that can be best described as lunar.

An ancient multi-cultural land, with an inhospitable terrain, that is ravaged by the fury of a 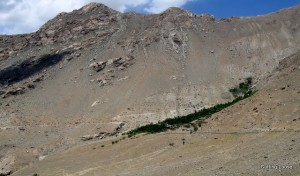 winter that plunges temperatures to bone-chilling figures and turns gushing rivers into solid masses of ice. At the same time, an achingly beautiful landscape dotted by centuries-old monasteries, their walls awash with ancient art, their hushed corridors alive with the chants of lamas lost in the instruction of Buddhist teachings. Peopled by simple, largely god-fearing and fun-loving folk. 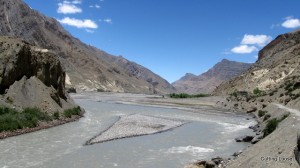 After the dramatic ferocity and hostile splendour of the Sutlej valley in Kinnaur, my friends and I were struck by the apparent gentleness of the Spiti River, as we circuited through Himachal. We entered Spiti at a place called Sumdo, the confluence of the Parchu and Spiti rivers. 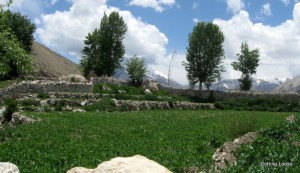 notoriously unpredictable, boulder-spewing Malling Nallah. Fortunately, it held. We couldn’t have handled another setback; not after the hugely over-rated Lake Nako, an avoidable destination unless concretized ponds masquerading as lakes are your thing. The village however is quaint and being maintained so in a somewhat surreal fashion. 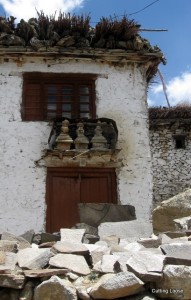 We were headed for Tabo, a small town on the banks of the Spiti River, and the drive was spectacular, heralding, in a sense, what to expect on arrival. Completely divested of commercial activity and shorn of most touristy pretentions, this sleepy, antediluvian place is a traveller’s delight.

It is home to a thousand year old monastery replete with Buddhist paintings; the mud-walled compound encloses nine temples, 23 chortens and chambers for monks and nuns. Above this enclave, burrowed into the cliff-face are a series of caves, once used as dwellings by monks, ancient art still discernable on the walls. 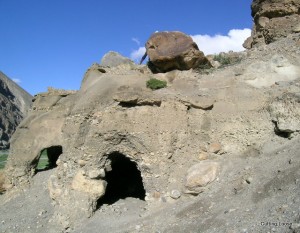 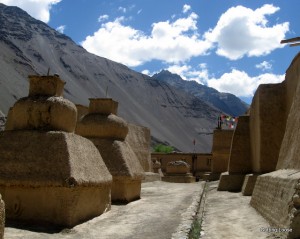 The food was a bit of a damper initially, but clearly we were expecting miracles. Following an overdose, albeit a delicious one, of paranthas, rice and daal, chowmein, momos and thupka, we were yearning to sink our teeth into some cheesy bites.You can’t blame us, really, for greedily ordering a variety of pastas and pizzas at the first eatery professing to serve them. 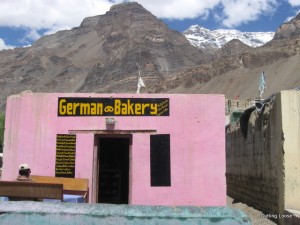 Very. Bad. Choice. Even the wine (vinegar?) purchased earlier couldn’t soften the unpalatable experience. It was the chance discovery of a bakery, suffused in cinnamon and coffee aromas that finally led us to nirvana.

NOTE: This is the first of a series of travel columns I will be writing for The Tribune.