Notes on the Road

In this age of new-fangled travel apps and notebooks which require power chargers, styli and pinches to get them going, those that employ real paper, ink pens/pencils, and a spit-moist forefinger as page-turner are seen as somewhat of an anachronism. Mostly by all those cool people. In that sense, as an entrenched adherent of old-school ways, I’m quite…well…hot. 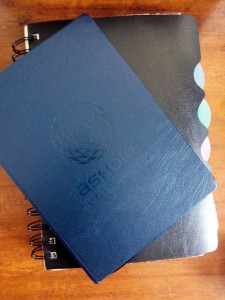 writing material and implements I have been the happy recipient of in times recent and past. Since copious note-taking goes with the territory, all possibilities from stationary supplied spiral-spines and ruled paper sheaves to festive giveaways and corporate souvenirs have long been exhausted. 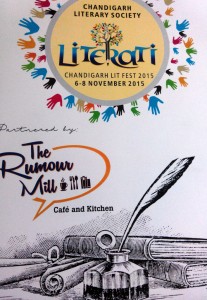 Including satchel or pocket sized ones commemorating seminars, workshops and sundry similar activities. I am often spotted leaving said events with little or no knowledge takeaway save for the scratchpads organisers hope participants will put to better use than just doodling. For them I have two words: I do. Same goes for serviette suppliers, wrapper manufacturers, label printers; all of which have come to the rescue ever so often when I’ve run out of scribbling surfaces. 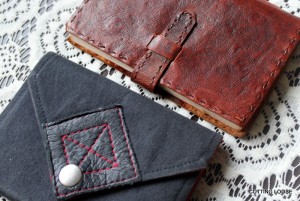 clipboard from a very thoughtful peer. “For those moments when you urgently require flat planes (while) on the road,” he had said. While leather and cloth-bound notebooks have made their way to me courtesy other kindred souls in the know of the import of this particular travel aid. Of late I see that lots of thought and creativity is going into fashioning them. One in my collection uses colourful images of Portuguese windows in Goa as separators. It’s so pretty; I may never want to sully it with what passes as my handwriting. 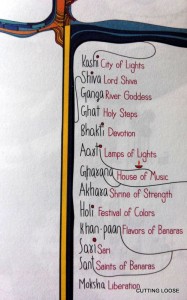 But I’m most chuffed at having recently been gifted a couple of travel-themed journals. A Play Clan product, not only are they destination specific–Benaras, Fort Kochi–their insides are peppered with cheerful graphics, fun facts, and quirky hacks on how to maximise your visit to both places. There’s just the right amount of teasing in the former to pique the explorer in you. Even as Shiva keeps a close(d) third eye on your activities–be it ruminating Ganga-side or quaffing his favourite potion.

The one on Kochi is equally light-veined in tenor, entertaining in 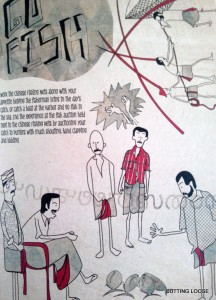 illustration and weighty in information. I mean who wouldn’t benefit from a step-by-step on how to sport, and then hope to keep on, a mundu? Plus you can take notes. Other introductory pages are replete with pointers on happenings from history, arts to acquire, faiths to follow and cuisines to cultivate when visiting. The caffeine-enthusiast in me is particularly intrigued by the spiced coffee recipe. Now, if only I could get hold of some of that Malabar brew…