I travel a whole lot in case you hadn’t noticed. For leisure and for work, and have been doing so for over two decades. That’s nearly as much time as I spent trying to get formally educated. No points for guessing which one was more edifying. It should come as no surprise then that life-on-the-road has begotten me opinion-altering epiphanies and copious amounts of perspicacity much in the same manner as life-as-usual has for others.

Apart from awakening me to the mysticism–in a non-theological sort of way–that is the Himalaya, an undiminished respect for nature, a great aversion to humourless folks, and an undying dread of heaving crowds, it has inculcated in me a healthy disdain for institutional religion and an even healthier disregard for indoctrinated rituals. Both continue to blossom in equal proportion to the swell in dogmatic practices. 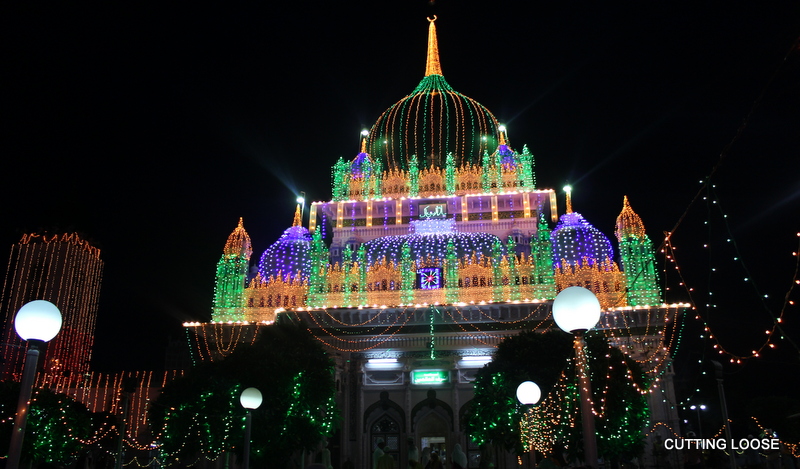 That said, should you be rummaging around for encounters of the spiritual kind, shorn off unnecessary rites, they do exist. At Sufi shrines, for instance. Their enticement, at least for me, has always been in the easygoing informality most of them exude. Insistence, if at all, to purchase a chaadar to drape over a grave or a basketful of rose-petals stems more from commercial interests of those trying to make a living, and not so much as a mandate. 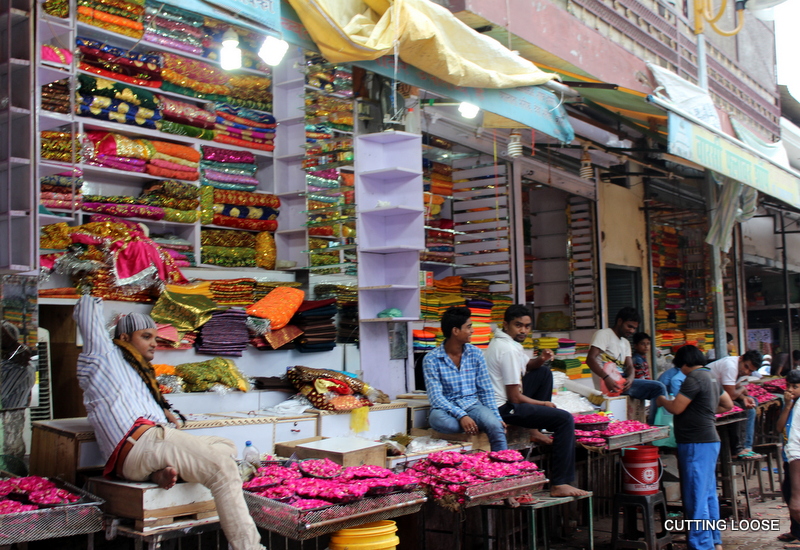 I found it no different at Dewa Sharif, mausoleum of Haji Waris Ali Shah, a 19th century Sufi remarkably contemporary in thought and deed who founded the Warsi silsila. Though born to privileges, his philosophy of renunciation and all-consuming, all-pervasive love struck a resonating chord with those similarly inclined from across the social milieu. Nothing appeared to have changed in the century and some since his passing as I people-watched from a quiet, rose-and-incense-bathed corner on my visit there last month. 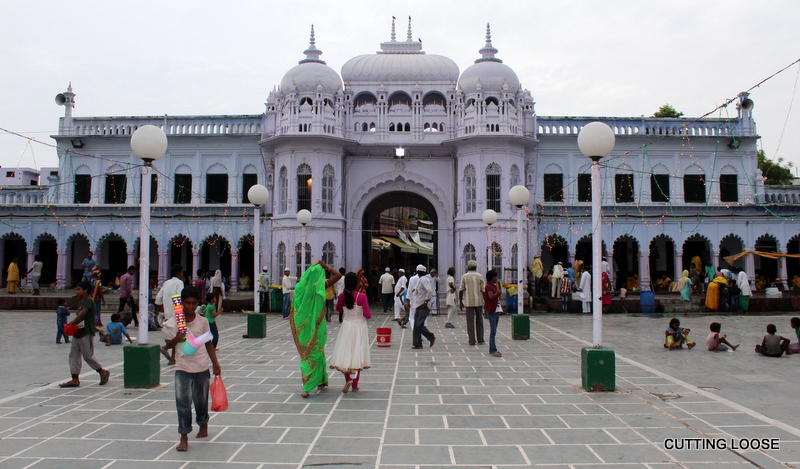 The gleaming white edifice with an emerald-hued dome atop a broad plinth is a striking illustration of Indo-Persian architecture and is set at the top end of a massive courtyard. Inside which is Waris Ali Shah’s marble-clad sepulchre surrounded by a knee-high screen, also in marble. A gilded ceiling is all but hidden from view by glittery chandeliers, a feature replicated in the encircling corridor where I sat and witnessed visitors of all hues–newlyweds, families, youngsters, old and infirm–regardless of religious leanings stream to and from. Photography of this section is not permitted. 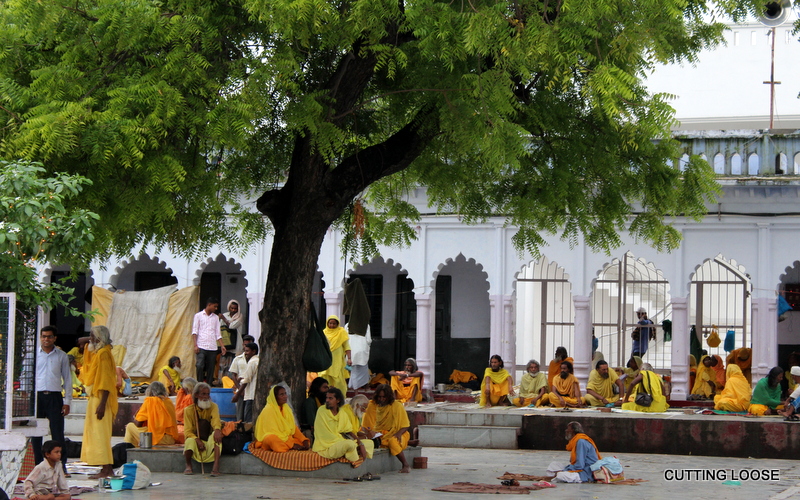 It being the month of Ramzan, numbers began to swell towards sunset as more arrived to break their roza (fast) in the presence of Sarkar Waris Pak, as he is affectionately called by his following.  Unmistakeable in its sartorial choice of yellow ahram (attire worn during the Haj), much like Waris Ali Shah adopted on his return from Mecca.  I hung around amidst this ochre-draped lot for my favourite part of a Sufi experience–qawwalis. Even here, most Thursdays will find hereditary as well as aspiring qawwals performing soulful renditions in memory of the mystic.

Note: Dewa Sharif is 40 kilometres northeast of Lucknow via Chinhat in Uttar Pradesh.