Chandigarh to Palampur: Colours of Kangra

Posted on May 1, 2017 by Cutting Loose Leave a comment 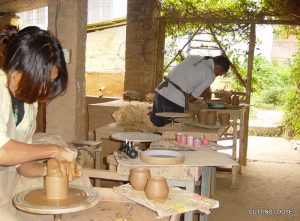 Kangra Valley in Himachal Pradesh is no stranger to art. In fact, it even lends its name to a mid-18th century school of miniature painting. In the mid-1800s, the British added to the charms of the valley by cultivating Chinese tea. In 1924, Irishwoman Norah Richards made Andretta, 12km from Palampur, her home, and urged other Lahore luminaries to follow suit. An actor and playwright, she was indulgently referred to as the “Nani of Punjabi Theatre”.

Now, over the past few years, a remote village in the valley has emerged as another artists’ hub. The ShopArt/ArtShop festival was underway in Gunehar, 30km from Palampur, in June and I was determined to soak in the display of art. So I filled up petrol early one Saturday morning, ready to exit Chandigarh before it woke up. Though construction on the stretch to Amb, in Una district, slowed us down, a friend and I made good time on the smooth tarmac ribbon to Pragpur, an hour’s drive from Palampur. We had called ahead, and a late alfresco breakfast awaited us at Judge’s Court, a country manor built in 1918 and set amid expansive acreage replete with mango and lychee orchards. Tummies appeased, we hit the road for the remaining 80km to Palampur. 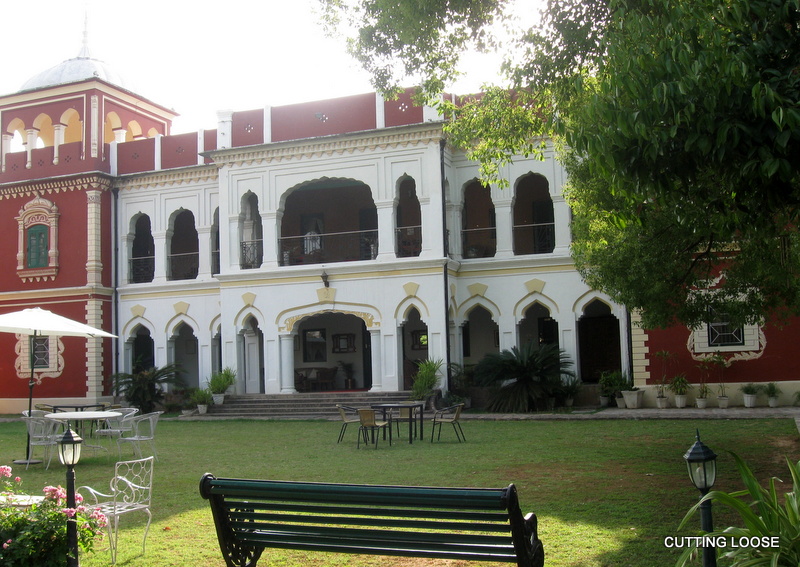 We were again forced to slow down near the familiar and formidable Kangra fort, a citadel of the Katoch dynasty, but the sight of the unassuming Kangra Valley toy train was compensation enough—it was tooting its way along one of the few arched bridges across the deep gorges of the spectacular Kangra landscape. Eager to reach our destination by late afternoon, we decided to visit the Baijnath temple, 17km from Palampur, the following morning. Instead, we eased on to a country road leading to the Sherabling Monastery, a little beyond the temple town. 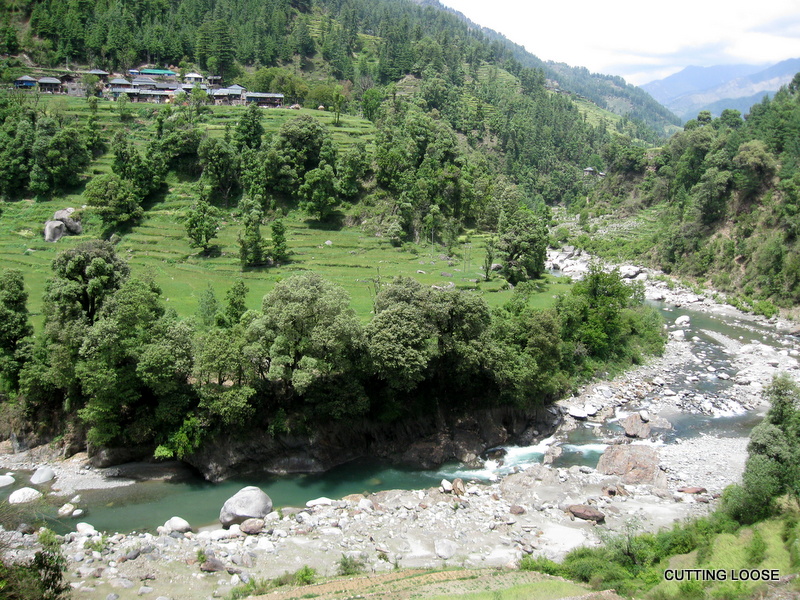 The road wends through deodar woodlands, strung with multi-coloured lungtas, or prayer flags, and surrounded by slumbering hamlets with the odd “Homestay” option, and deposits you 3km short of Gunehar at Bir Billing, a world-class paragliding destination. Caffeine cravings led us straight to the 4tables Café, where Frank Schlichtmann, cook and festival curator, was juggling dinner preparation with a string of queries. After coffee, we checked in to our rooms at the traditional wood and mud 4rooms Hotel before strolling down to a gaily painted market square. Artists, village residents and visitors were preparing for a late evening show on life in Gunehar. 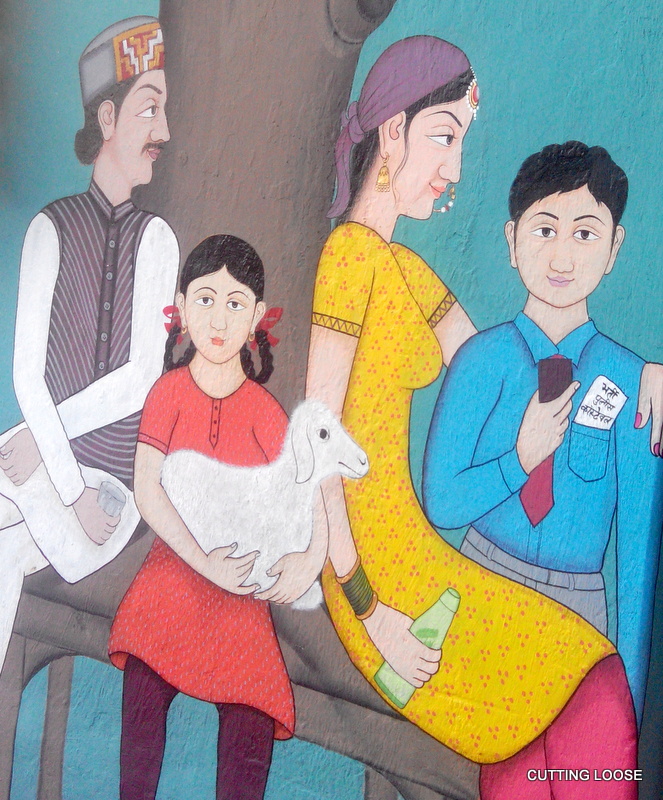 The festival is an inclusive arts event in which one can see the entire process from conception to actual creation of art in a public place. The art lives on, on the walls of public buildings, until the next edition of the festival three years later. The entire village—painted exteriors, walls, spaces, installations—remains a live exhibit, and a weekend gives you ample time to experience it. Many of the moveable artworks created during the festival are displayed at the 4tables Cafe & Gallery throughout the year (they’re open for public viewing from 9am-10pm; call ahead to sample Schlichtmann’s delicious cooking). 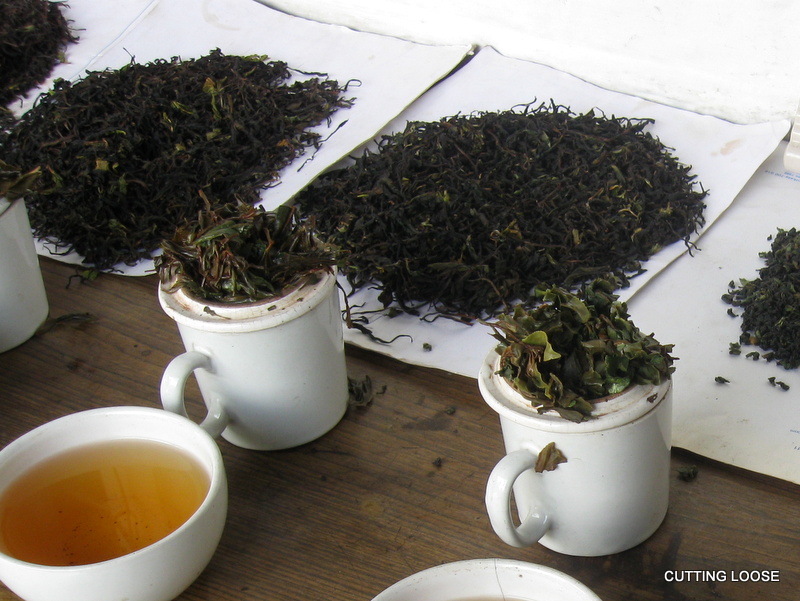 We were also able to savour Palampur’s emerald luxuriance, gurgling streams and brook-song on a less rushed return the next day. Fortified by a hearty breakfast of prawn omelettes, home-baked bread, cheese, fruit and freshly brewed coffee, we set out, making our way through tea plantations. But not before we had whispered our wishes in the ears of a sagely seated Nandi at the 13th century Baijnath temple. It was time to head back. We bought tea from the Palampur Cooperative Tea Factory outlet (open from 10am-5pm) and hit the road, making an impromptu stop at Gurdwara Keshgarh Sahib in Anandpur Sahib in Punjab, 175km from Palampur. Hungry, we decided to give the Virasat-e-Khalsa museum (open from 10am-6pm; Mondays closed), an impressive multi-media repository of Sikh heritage in Anandpur Sahib, a miss and headed for the langar instead. 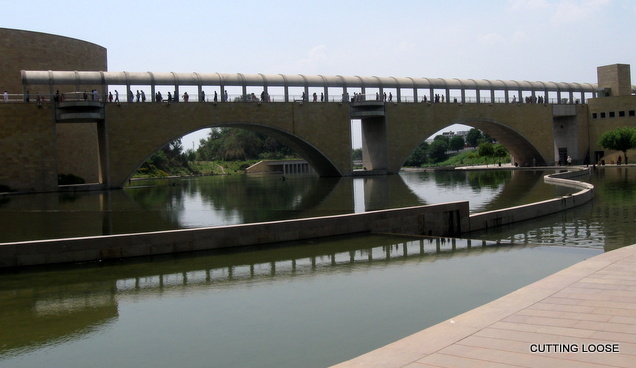 Home was just an hour away.

Note: This article was published in Livemint last year. It seemed opportune enough to share it just as Frank is putting the finishing touches to another exciting new event slated for 3rd-11th June this year. All details available here.