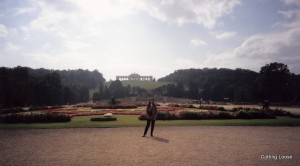 If you went to a missionary school, chances are you grew up humming the melodies of a film easily considered the most famous musical to come out of Hollywood – The Sound of Music. For me, this film accorded an ineffaceable introduction to things Austrian – breathtaking locales, classical music, the Viennese waltz, and of course, the very debonair martinet, Capt von Trapp. Consequently, and at first opportunity, I arrived in Vienna to discover if all that romanticising through my growing years was misplaced. Au contraire.

The Austrian capital is by far one of the most picturesque cities of the European continent. 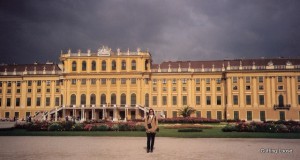 The heart of the city, made up of a warren of narrow cobbled streets, is lined with shops displaying a cornucopia of sensual delights that include antiques, books, chocolates, crafts, confectionery and lots of cafes. In fact, the city is a coffee-scoffer’s delight. Aromatic coffee trails persistently – and invitingly – announce their presence everywhere you go. Submitting to temptation, you could easily while away an entire day putting away large quantities of espresso shots with many servings of flaky apfelstrudel. My preferred accompaniment, however, was the krapfen, a small bun baked with sweet, and some savoury, fillings. A slight linguistic miscommunication once left me fire-tongued and teary-eyed after biting into a mustard-spouting one. 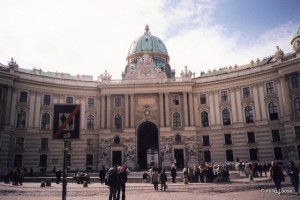 Willing yourself away from this part of Vienna is a huge task. But once accomplished, you can delight in the sights and sounds around it. As you move away and downhill from the city, you come by rather quaint establishments called heurigen. These are privately owned vineyards permitted by royal decree to sell young house wine (heuriger) from their premises. A typical heurigen will serve you wine by the carafe and give you the option of ordering from a limited choice menu that lists traditional dishes like the Weiner schnitzel, a veal fillet served with potato salad and lemon. A spicy cream cheese called Liptaur is also customary and is generally consumed on bread or as a dip. To add to the feeling of cosiness and belonging, customers are serenaded by accordion and guitar playing musicians. Could you ask for more? Well, maybe another cup of coffee… and maybe, another helping of the sinful Sachertorte.

The Sachertorte is a cake prepared with chocolate dough and has a thin layer of apricot jam within. It is then encased in a dark chocolate icing and finished with shreds of chocolate 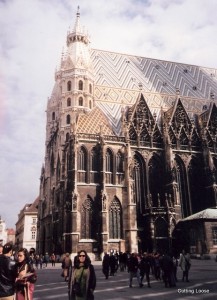 engulfing the entire cake. Eaten with whipped cream, it is one of Vienna’s most celebrated culinary exports, the original recipe of which is a well-kept secret by the Sacher family, the inventor’s of this mouth watering treat. And, if you have not yet had your fill of chocolate products, you can always round off a meal with a praline. One name, and taste, that stayed embedded long after I returned, was that of the Sissi Kugeln chocolates. Named after the Empress of Austria, these are made of marzipan and hazelnut praline cream and have a tender apricot taste.

As for Capt von Trapp, I think they broke the mould after him.