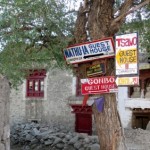 It took a couple of days of doing absolutely nothing for the tiredness to eventually exit our bones. But the exhilaration, of having recently completed one half of a dreamy road trip (despite, possibly, the worst road conditions in the world) to Leh via Srinagar, refused to ebb.

Snow-smothered mountains, verdurous pastures and deep gorges straddling swollen rivers gave it up for high altitude desert terrain, characterized by unbridled desolation, broad arid valleys and a punishing sun in azure skies.The inhospitable landscape takes an unimaginably dramatic twist once you hit Fotu La (highest point on Srinagar-Leh highway), hitting you with swathe upon swathe of interminable barrenness. Unsurprisingly, it takes a while to unwind. 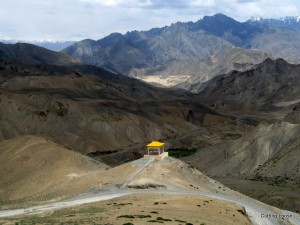 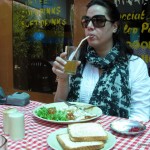 Leh, I discovered, could very easily pass off as a foodie haven. And I say that after a thorough and very satisfying investigation of its delightfully named eateries; empirical evidence, no less. It also makes for a weathered springboard for trekking enthusiasts.

Other than that, I must confess, this friendly enough town left me cold. A somewhat unworthy destination for a road trip this spectacular (the return via Manali was as dazzling, albeit harsher, if that’s even possible). There were abundant signs of mass tourism terror having struck this isolated idyll for solitude-seekers. 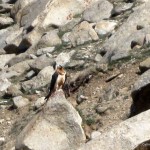 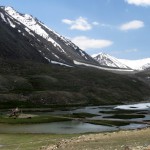 So we reckoned the more secluded Nubra valley, nestled between the Karakoram and Ladakh ranges, and accessed through the Khardung La, would make a good change. At over 18,000 feet, the pass lies merely thirty-nine kilometers from Leh and is a popular day excursion; providing the most breathtaking views of the Indus valley against the backdrop of the Zanskar range. As passes go, however, the Zoji La on the Srinagar-Leh highway and the Baralacha La on the Leh-Manali highway are really the two worthies to look out for.

The Nubra River snakes down from the Siachen glacier, skirts the sleepy village of Sumur and catches up with the Shyok River at Diskit. This is the largest settlement in the broad, flat valley and offers basic boarding and lodging for visitors. 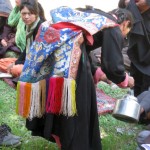 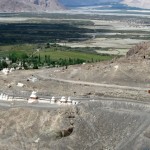 But our destination was the pretty little village of Hundur a few kilometers further along the Shyok. Expecting to see a willowy oasis, we were greeted instead by the incongruous sight of stunning sand dunes! Seen in isolation, we could have been in any desert on the globe; underscored further by the sudden appearance of a camel and her baby. 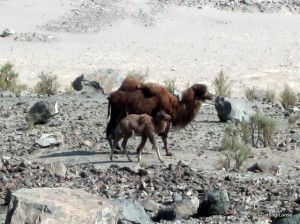 Except that it was a double-humped Bactrian camel, indicative of an ancient association with trans-Asian trade. Large caravans comprising hundreds of similar camels from China had painstakingly traversed the Karakoram Mountains on their way to Kashgar in Central Asia; Nubra Valley being a bustling trade centre along one of the routes, back then. 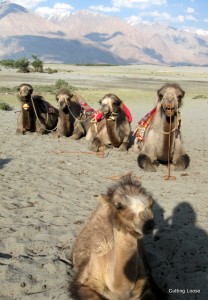 Following the demise of the Silk Road and the more recent territorial growls with China, 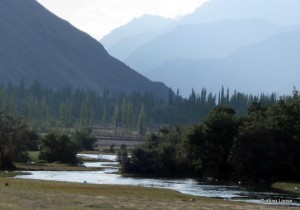 the valley, with not many connections with the outside world save through the Khardung La, remains isolated for a better part of the year. As we walked around the hushed by-lanes of Hundur later that evening it was really very hard to imagine the slumbering hamlet with such a robust past!

NOTE: This can also be read here.