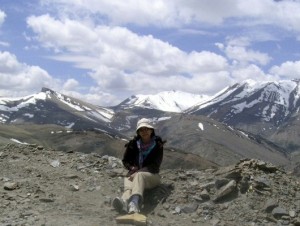 Come vacation time, Dr Harpreet Gill, an academician with MCM DAV College, happily puts away her saris and satchel in exchange for rugged outdoor gear and a rucksack; taking off for shores unknown and spaces unexplored, all by herself. “I love travelling”, she states matter-of-factly.  Elaborating further, “Different places, landscapes, cultures, they were all part of my growing up as an army brat. Solo travelling, for me, was a natural progression. The first time I hoisted my rucksack and stepped out on my own, it was exciting, challenging, and frightening. It ended with a big smile, a sense of achievement, and memorable experiences.  The journey continues. It allows me to observe, to learn, to be gung-ho, to let go, to flow, to strive – it is an amazing adventure with the self.  Solo travel is my passion, it is part of me, actually no – it is me”.

Exceedingly, more and more women are echoing her sentiment. Yet, this was not always the scenario. As recently as five years ago, there were only a handful of Indian women who ventured out by themselves, within India or overseas. The picture is hugely different today. A change in attitudes has made the notion less intimidating for those desirous of travelling alone, or in women-only groups; fashioning and encouraging a surge in women friendly spaces. Backpacking, too, a culture given to low-cost independent travel is slowly emerging in India, with Indian women enthusiastically jumping onto the bandwagon; slowly but surely following in sororal footsteps elsewhere in the world.

“As a solo traveller, it’s exciting to meet others who share the love of exploring one’s own country, regardless of any gender bias”, says Supriya Sehgal. As one half of the duo that leads Photography OntheMove–a travel-photography initiative of the Bangalore based outfit Getof Ur Ass–she is inundated with queries and requests for signing up. “These are people who feel safer to travel in a group (even if they’re strangers). Meeting new co-participants, sharing experiences, a desire to spend on oneself as well as on a hobby; that all arrangements are taken care of, the off-beat factor, and that they are safer exploring with others – all these factors contribute towards a large percentage of women signing up for these trips”. Biraj Patel, who is a photography enthusiast and a Photography Onthemove veteran, thinks it’s a great idea to travel solo, especially because it gives her a sense of being free to do things her way and at her own pace. She relishes the fact that she could be in the same place doing the same thing, or nothing, on each day of her travel, and still not get bored. 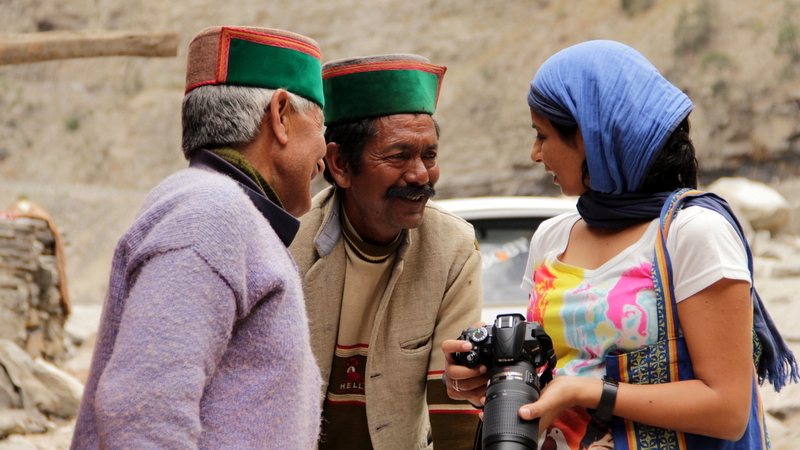 While a section of the growing travel sorority believes there is safety in numbers and lives its dream with similarly inclined travel companions, solo travel works best for those adventurous of temper, unconcerned and non-fussy about where they stay and what they eat.  Having said that, this latter, laissez-faire approach takes much trial-and-error before a confident comfort level is achieved. “Travelling alone is as safe as eating a meal by yourself – and trusting the restaurant not to poison you!” quips travel writer Anjaly Thomas, also the first Indian woman to have walked the 96-kilometre long Kokoda Trail in Papua New Guinea. But then she is feisty; one who loves adventure as much as exotic food, if fried tarantulas rock your boat, that is!“ I don’t know what it is about safety that gets people, especially women, all worked up into a knot – I have been alright so far. I mean, I walked out of the jungles of Papua New Guinea alive after having walked the Kokoda Track with just two Papuans who spoke no English – so I suppose I am not the one to be talking of safety and fear of jungles or strangers. All I can say is never let fear stop you from doing what you want. It’s good to be afraid – but even better to find ways to overcome it”. 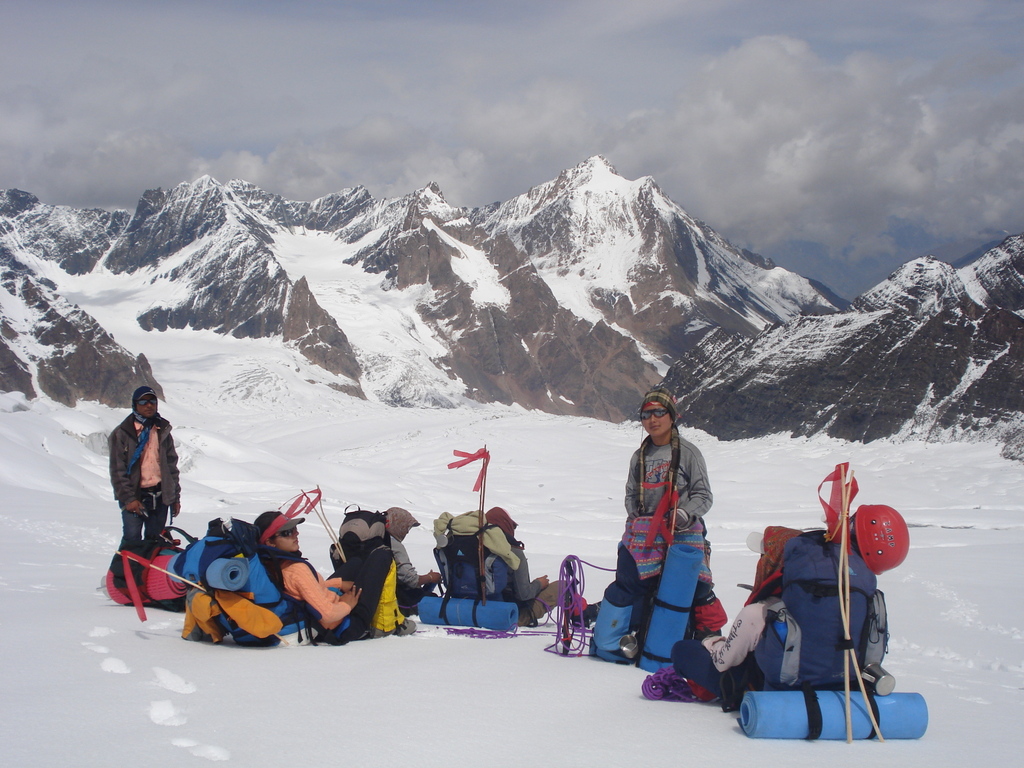 She sums it up for all champions of solo travel when she honestly declares that she travels alone as she wants the absolute freedom to linger without having to put up with anyone’s idiosyncrasies. More than anything, she loves her own company and that of absolute strangers, far too much to ruin it by carrying unnecessary baggage in the form of a familiar face. She loves the anonymity of a strange land, the bonding that develops at the back of a rattling truck when the last bus has gone, of sleeping in strangers’ beds when the only other option is to freeze in the cold, or sharing cold baguettes and bitter coffee in order to stretch the tourist dollar a bit further. What better than travelling solo to come back with a load of delightful stories? 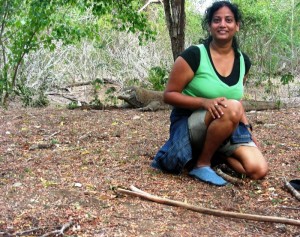 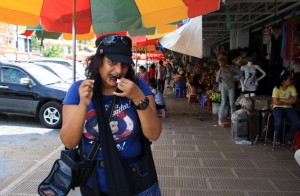 Tour operators across India, too, are quite elated at this burgeoning business opportunity, and are eagerly customising itineraries for all-women groups, while hospitality properties maintain women-only sections or floors, ensuring personal safety and convenient arrival/departure timings. Kavita Muthanna, co-owner of Sayuri Homestay in Madikeri, observed that there were a higher number of queries and bookings from solo travellers, including foreigners, as homestays tend to be safe havens for weary visitors, secure in the knowledge that the host family is a doorway away.

Ankit Sood of Sunshine Himalayan Adventures, an Ecotour Operator in the Himalayas, is mighty pleased that the new-age woman traveller is not merely a passive tourist ticking off the boxes on her itinerary, instead she has picked up the gauntlet by trekking in remote Himalayan valleys, mountain biking or taking jeep safaris into the back of beyond. He adds that a higher percentage of women, as compared to their male counterparts, travel far (literally) to make a difference; from fundraising for monasteries in the remote Dzongu Valley of Sikkim to supporting old age homes in Spiti valley in Himachal, even sponsoring education for orphans,  their compassionate gestures are endless. “Financial independence”, shares Bangalore-based Manisha Choudhry, “allows me to fulfil my commitment towards making a difference in the lives of those I meet during my travel excursions to isolated India”. She is one of a growing network of women travellers who not just volunteer their time and skill sets, but also donate generous amounts of money to causes close to their heart. 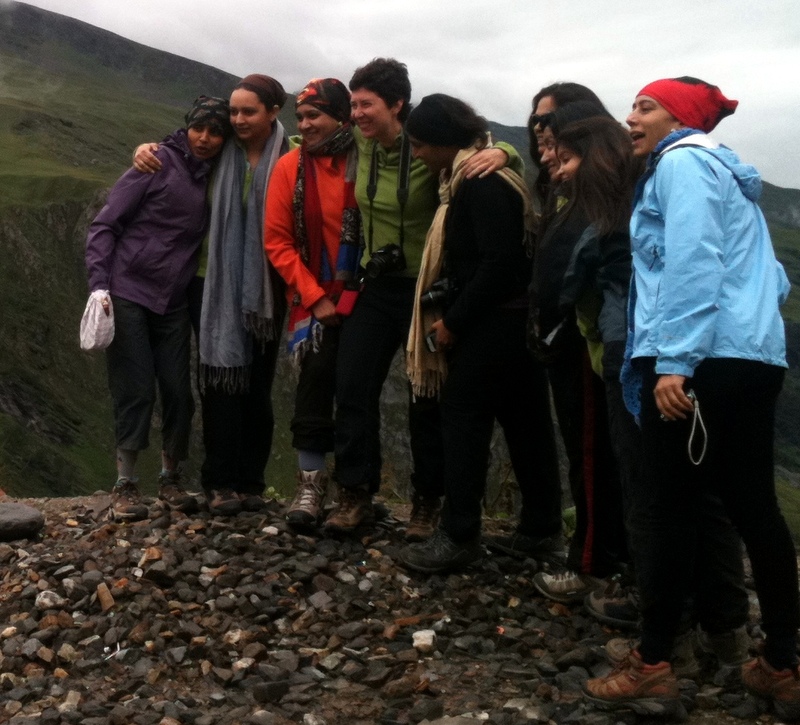 Despite much evidence that this trend is fast becoming a way of life, and gaining permanence, first-time solo adventurers will still face countless myths about travelling alone. You may want to, however, rethink them as most of them have been debunked many times over. For instance, how can the rest of the world be a scary place when we constitute the “rest of the world” elsewhere? Are we not as likely to be attacked on home ground? Don’t we meet unsavoury types at home? Also, does one make a habit of walking around late in the night or in suspicious quarters, alone or as a group while in a familiar environ? Evidently not. Thus, while you must take precautions and trust your instincts, there’s no reason why you should shy away from solo travel because of imagined and perceived dangers.  Mark Twain put it most succinctly when he famously remarked,” Twenty years from now you will be more disappointed by the things you didn’t do than by the ones you did. So throw off the bowlines. Sail away from the safe harbour. Catch the trade winds in your sails. Explore. Dream. Discover.”

This piece appeared as a lead article in The Tribune recently.