The refurbished Bastakiya quarter–settled by Persian traders at the turn of the 20th century, now rechristened as Al Fahidi Historic District–is pretty much all that Dubai can pass off as structural heritage. Neighbouring Shindagha where the ruling Al Makhtoum family once lived along the shores of the Dubai Creek is still in the process of receiving its makeover.

Defined by sun-baked mud walls and barjeels (sea-facing rooftop towers that served as air-conditioning vents) and located a short walk from Dubai Museum, itself housed in the Emirate’s oldest surviving building, the 18th century Al Fahidi Fort, the place is populated by a sprinkling of eateries, art galleries, souvenir shops and a generally dozy air. 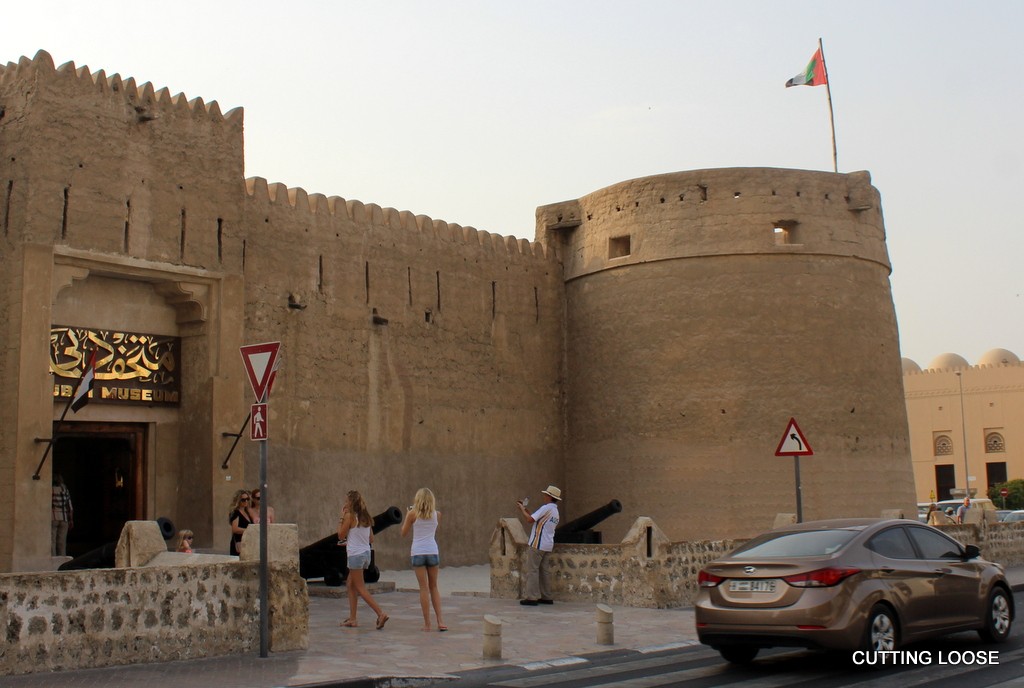 No surprise then that coffee trader and collector Khalid Al Mulla chose one of these restored homes to enshrine another long-standing Arab tradition, caffeine-quaffing, when he decided to give shape to UAE’s first coffee repository. 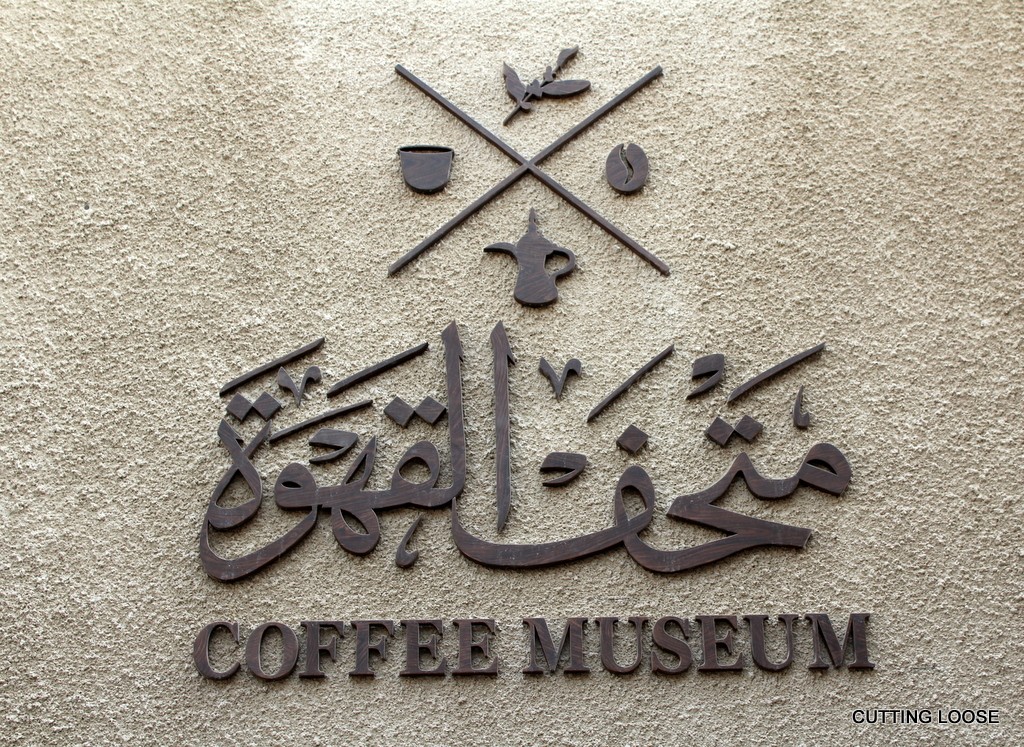 Villa 44 is tucked away in a very quiet street within the historic district, and if at first you are unable to sight the strategically placed cart piled high with coffee-bean-stuffed sacks, have no fear, for the olfactory will steer you right in. 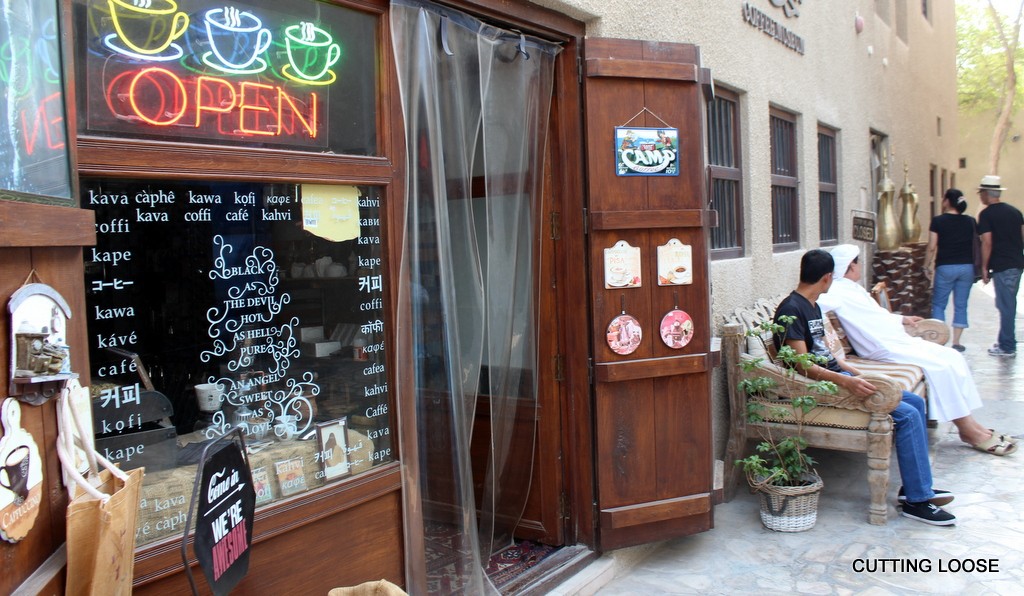 Spread across two floors with a central atrium strung with likenesses of flags of coffee-loving nations, this museum is manifold more than your average pick-me-up. It’s a veritable sensual delight, one that has all the trappings of becoming a caffeineaholic dream destination. 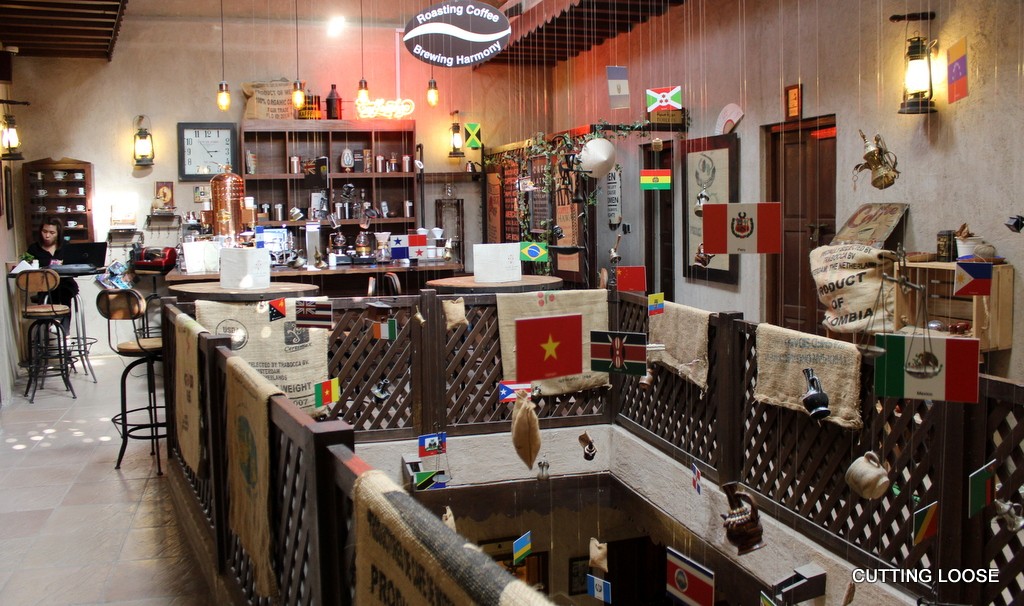 At ground level are the museum gift shop, International, and Middle Eastern antiques sections, as also a room made-up majlis-style–traditional floor-seating used for all manner of Arab gatherings.

The exhibits are a gob-smacking array of accessories ranging from grinders, roasters, silos, tins, quirky collectibles, and live demonstrations of roasting and brewing techniques, as well as, serving styles endemic to certain countries. 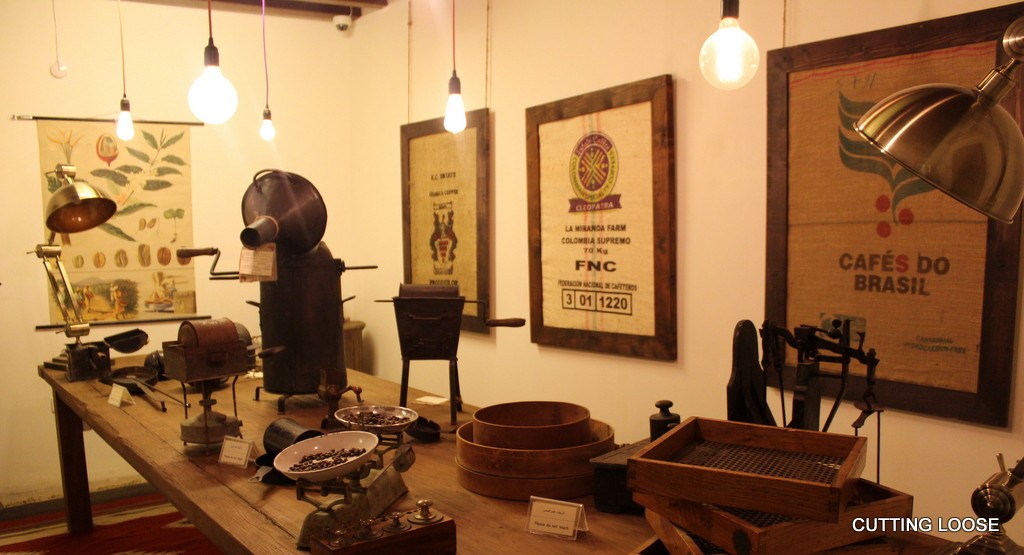 The dallah, for instance, a curvy metal coffee pot with a long sharp spout, is what the Bedouins use to brew in and dole out their somewhat bitter qahwa. This is usually accompanied by dates in place of sugar. 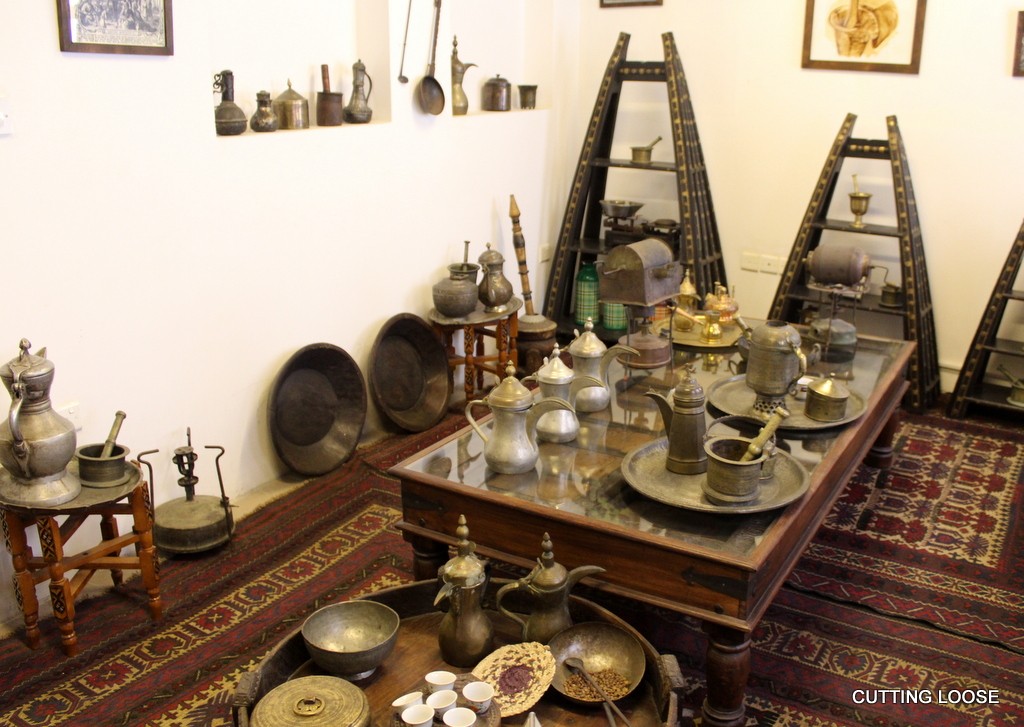 Ethiopia, the hallowed land to whose 5th century berry-chewing goats each one of us coffee-addicts is forever indebted, employs a spherical-based clay pot with a narrow neck, spout and handle called jebena for the same purpose. 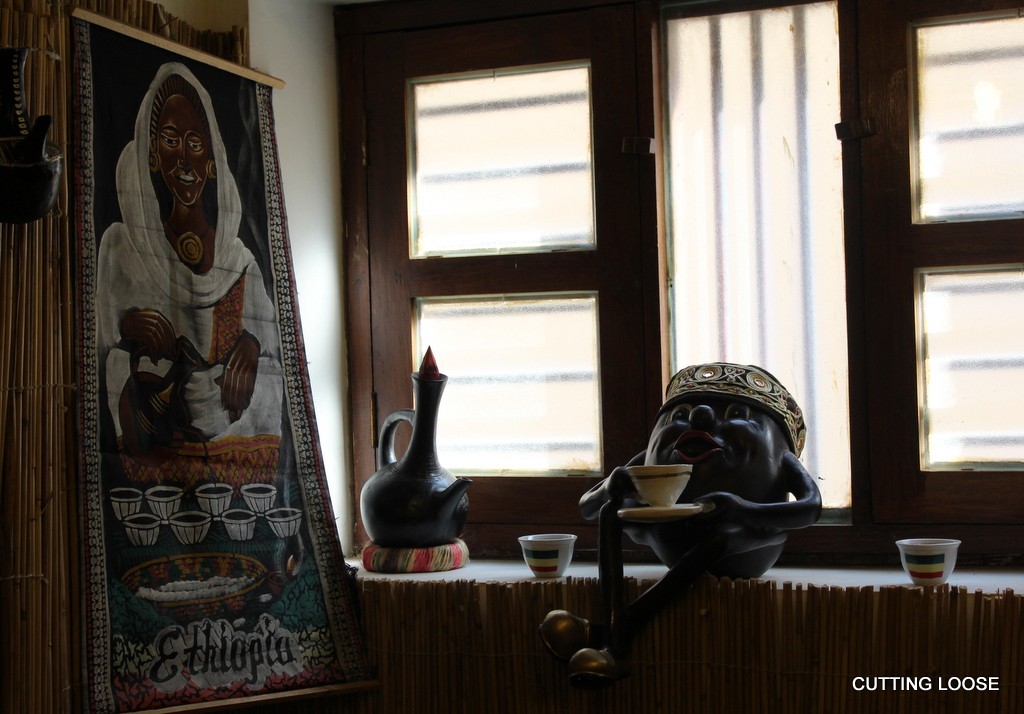 Impossible to miss is however the ever-so-shiny metallic exhibit placed in the Egyptian section. This, interestingly, is a sand-brewer, into which the tiny cezve (pronounced jezz-va) is nestled to roll-boil that strong, thick, unstrained, sickly-sweet, cardamom-infused potion we know as Turkish coffee. 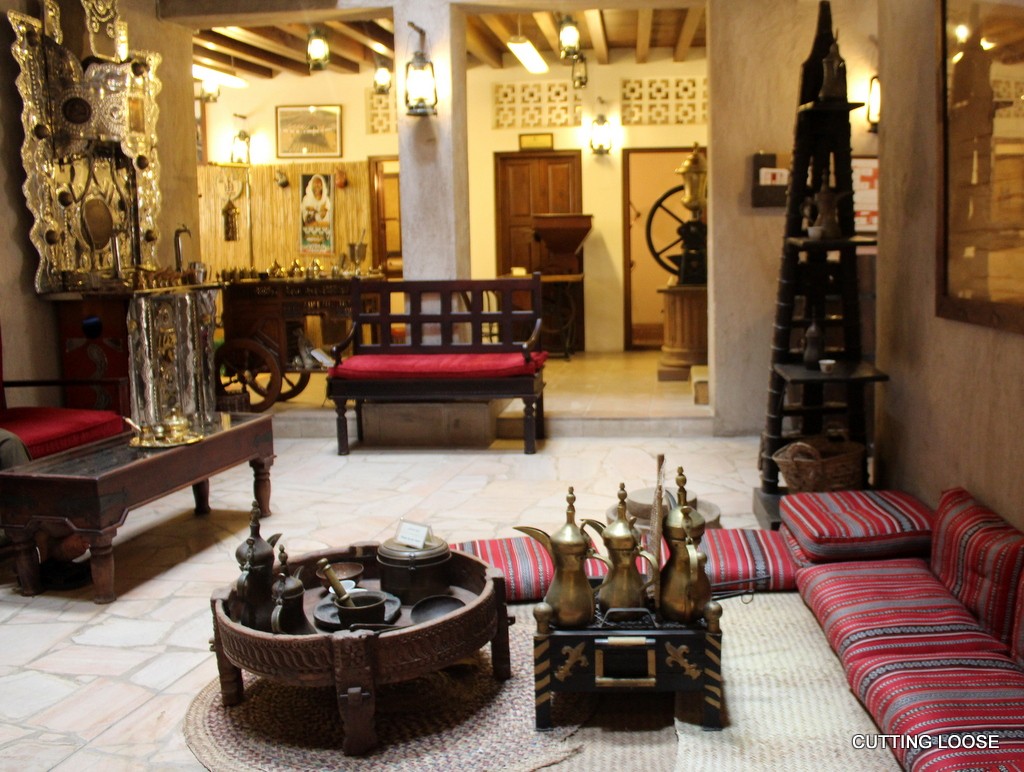 The first floor is where you will find a small-ish section dedicated to coffee literature; the prized possession here is the original print of Johann Friedrich von Pfeiffer’s encyclopaedia Corrections published in 1784. Clearly a man who knew his beans, for the German has reputedly devoted nearly 180 pages to the subject! 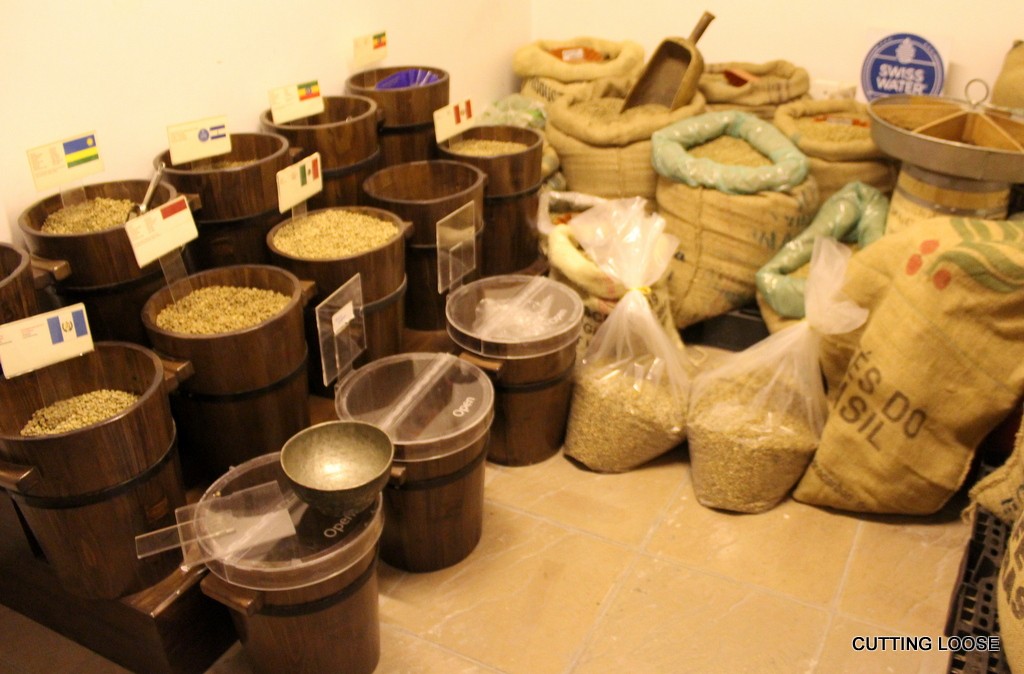 Adjoining it is a multi-media space airing theme-centric documentaries, a kids’ corner, offices, restrooms and a bespoke brew-bar where a barista will most artfully lay out your favourite cuppa even as you busy yourself with the Story of Coffee lining the walls. 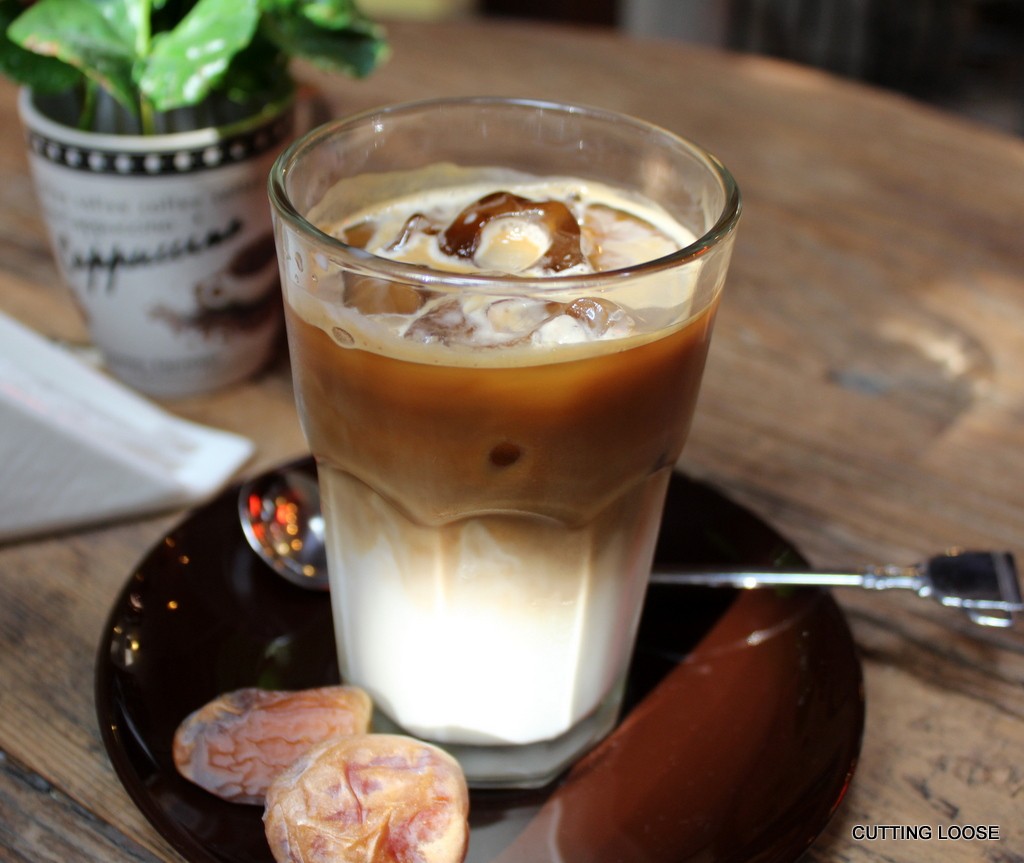 Opening hours: 9am to 5pm, all days except Fridays.